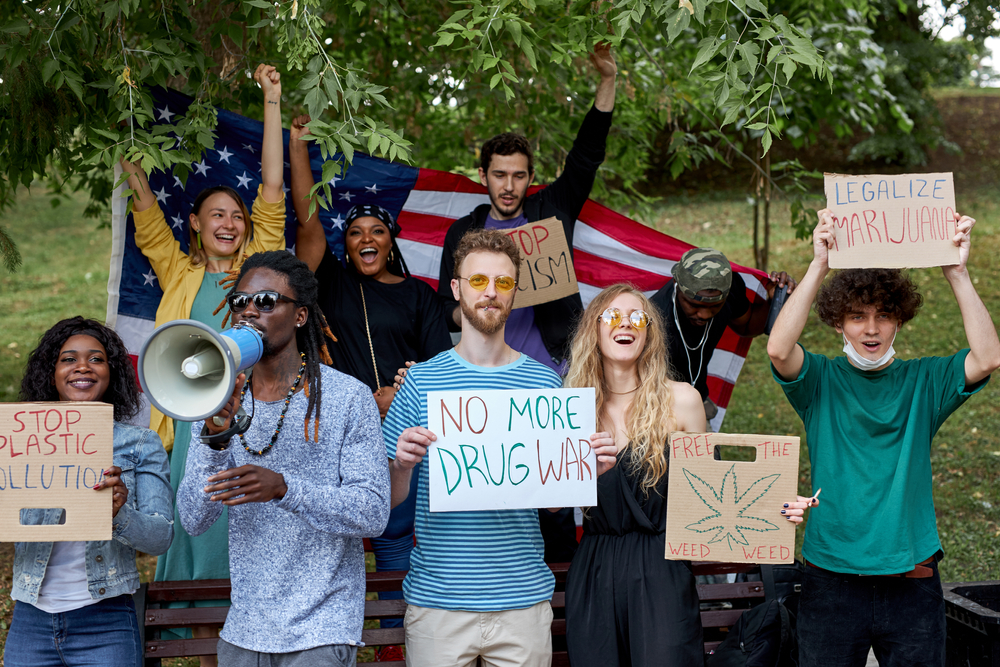 Isn’t it Time We End the War on Drugs?

Seems America’s longest war didn’t take place in Afghanistan after all. Nope, it took place right here, on American soil. In fact, it’s still taking place. And in one way or another, it’s taking a toll on every man, woman and child in the country. Then again, when you’re fighting something as open-ended and ill-defined as the War on Drugs, there’s bound to be some vast collateral damage.

And vast collateral damage is what we’ve got — and what we’re getting. And no, Americans haven’t been the only ones to suffer either. Neither has our country.

The piece is entitled, simply, Biden should end America’s longest war: The War on Drugs. It’s part of How We Rise, “a project from the Race, Prosperity, and Inclusion initiative at Brookings that focuses on policy solutions to upend structural racism and create a more equitable society for all.”

Unfortunately, its suggestion is anything but simple.

Ending the War on Drugs

In fact, Hudak’s proposal is about as complex as it gets. Here’s how he calls it:

President Biden “must consider vast reforms — some which require the cooperation of Congress and others than can be implemented via executive action — that deal with drug policy in a thoughtful and reasoned, rather than anachronistic and heartless way. Mr. Biden must realize that choices about drug reform — pardons, sentencing reform policy, the expansion of mental health and addiction services, cannabis legalization, police reform, prison reform, community reinvestment — should not focus on whether those reforms come without costs. Mr. Biden must compare whether those reforms are a policy improvement over the status quo: prohibition.

Indeed. Cost shouldn’t even be an issue — well-being should. But even though the President has shown he’s willing to spend in order to save our country, costs will always be an issue. Here however, the cost/benefit analysis could just end up in reform’s favor. At least from the federal government’s side. For the many state, local and private concerns that profit from this prolonged war, well, that’s another story.

Profiting from the War on Drugs

It’s no secret that the War on Drugs has made a whole lot of people a whole lot of money. Not just your usual suspects either — the growers and dealers and traffickers. No, a hefty sum of money has also flowed into the pockets of public and private prisons, police departments, and governments, both state and municipal.

People are mad too. Damn mad. In fact, Tumacacori, Arizona resident Harry Peck was so mad he wrote his local paper. That paper, the Nogales International, must’ve saw something in Peck’s argument too, because it ran his letter as a full-on Op-Ed piece. And what a spot-on piece Op-Ed piece it is too.

The wealthiest, and most vigorous opponents of decriminalization are private prison corporations. They make billions annually by incarcerating people, primarily non violent offenders, drug users and illegal immigrants, and have spent millions lobbying to increase sentences and imprison more people.

The Peck really lays bare his position — and lays out his target, identifying the Corrections Corporation of America as one of the most egregious exploiters of this War on Drugs. CCA “runs over 60 prisons and immigrant detention centers in 19 states and the District of Columbia,” writes Peck. The company also employed “more than 175 lobbyists in 32 states during the [preceding] eight years.” But there’s no shame in their game. Not a bit. If anything, CCA is proud of its position. And it readily “admitted that continuing the war on drugs [was] part of its business plan.”

There are more War profiteers, of course. Many, many more. There’s also a long list of those who would lose should there be an end to the Drug War. We’ll call them all out next time; when we can give them the proper attention. Meanwhile, let’s get back to Hudak’s main compellant — the victims.

The Victims of the War on Drugs

The War on Drugs has always been a war against young people, poor people and people of color. In other words, just the people that helped propel Biden into office. Hudak insists the president owes them a fair and impartial redirect. More, he wants “President Biden to be the humane and justice-oriented president he marketed himself to be in the 2020 campaign.”

We happen to believe that Biden’s humanity was more than mere marketing. We’re pretty sure Hudak actually believes that too. Or would like to anyway. Otherwise why waste time attempting to appeal to his better angels?

Eight months into this administration, Mr. Biden faces an embarrassing reality with regard to drug policy. Donald Trump, who received only 8% of the Black vote in 2016, did more as president to change drug policy and ameliorate the effects of the drug war for communities of color than has Joe Biden, who won 87% of Black support in 2020.

We can only hope that’s only because our President had his proverbial hands full fighting Covid and its catastrophic consequences.

From War to Epidemic

But the War on Drugs unleashed an epidemic of its own — the Opioid Epidemic. And now that fentanyl has entered the pipeline, the epidemic also includes cocaine and methamphetamine. No, Biden didn’t start this latest conflagration. He has inherited it though. And Covid has helped it grow under his watch.

Of course we can’t arrest our way out of this problem either. America already spends more on prisons than higher education. We also have more people in prison than any other nation in the world. It hasn’t helped us win the War on Drugs. And it won’t help us bring an end to the Opioid Epidemic.

But if we take the money we’d save by ending the War and apply it to the Epidemic, we might just have a fighting chance.

Read Hudak’s essay. Please. Dig into the issue. See how the War on Drugs has failed us all. Then see what can be done to help end it. It can end, you know? In fact, it must.

Healing Properties is located in Delray Beach, Florida. Send us a message. Give us a call. We’re here to help. Really.