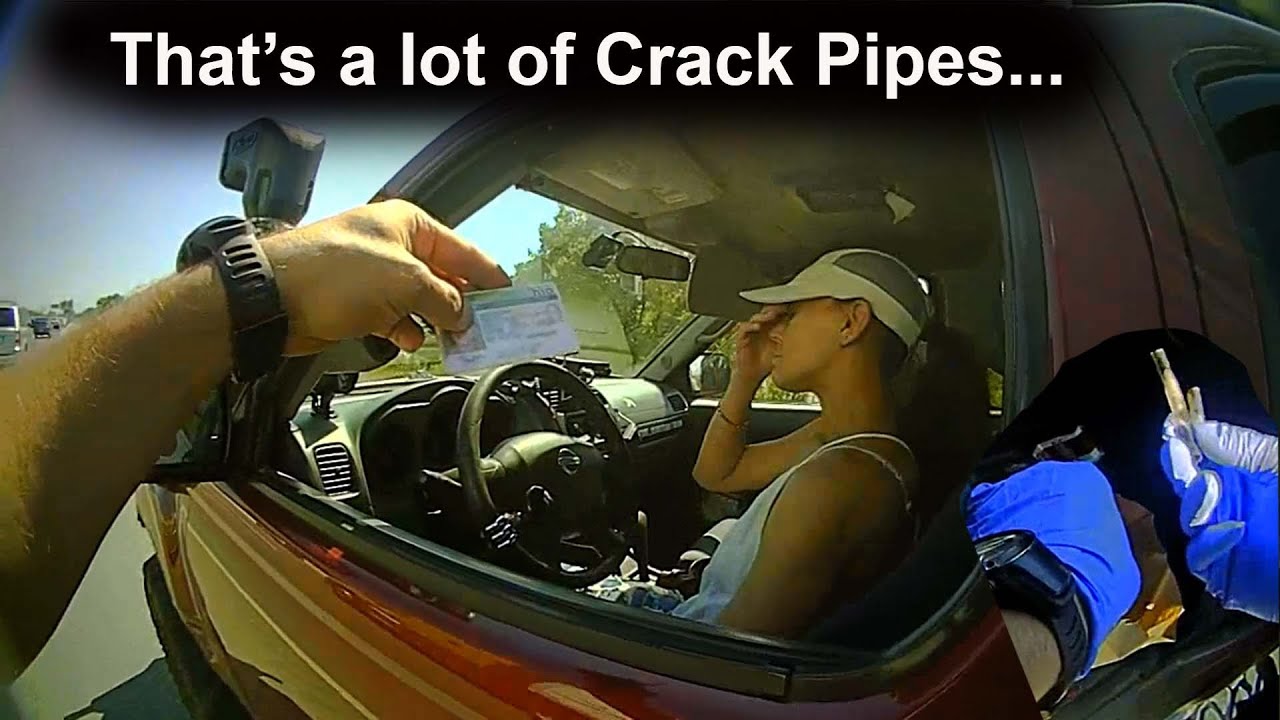 Make Better Decisions: It Really is That Simple

Traffic stops don’t get much more perfect than this. Not these days anyway. Between motorists flying off the handle and cops being pushed over the edge it’s a wonder any traffic stops end up ever being civil anymore. In fact, if not for this footage folks might have a hard time believing such a kind, cool stop even occurred. That’s how bad things have gotten. Yet, as refreshingly encouraging as this police/motorist exchange happens to be, it still doesn’t hide the fact that someone needs to make better decisions. (And no, we’re not talkin’ about the police officers.)

Anyway, once the officers initiate the traffic stop, they were informed the vehicle’s operator was driving on a suspended license. The driver was subsequently arrested. And her car was summarily searched. Inside the car police found a used crackpipe collection that numbered at least six or seven. Perhaps the woman was saving the heavily-resined tools for a rainy day. Maybe she just liked them for some reason. We don’t know that either.

We do know that rather than keep the woman in custody, the cops cut her loose. That’s right. The Columbus police were kind enough to issue a license-less, crackpipe collector with nothing but a traffic ticket and a summons to appear in court. They then allowed her to be driven home by a friend before impounding her vehicle.

Needless to say, the driver was incredibly lucky. In fact she got off so lucky that we hope she had her friend stop off for a lotto ticket on the way home. Many police officers would’ve arrested her for driving on the suspended license; an equally large number would’ve locked her up for the paraphernalia. Both infractions combined? That’s surely enough to land many if not most folks in jail, at least till they make some kind of nominal bail.

Why did this woman not get locked up? Or, more importantly perhaps, why did the cop not find merit enough to lock her up? Well, in the first place, manners. The woman was completely respectful of the officers throughout. She was also completely compliant with their requests. When they asked her to turn off the vehicle and step out, she respectfully did just that. And doing just that was the first of her better decisions.

Cops don’t want drama. They especially don’t want drama on the side of a busy highway. If you can show respect too, well, everyone will have a better day. It takes nothing to be respectful. Well, nothing but common sense. And like every other time in your life, common sense will generally reveal your best decision.

Then, when the officer asked about her license, she was honest. That was the second of her better decisions. When they asked about drugs and weapons, she was honest about that too. Okay, so she really could’ve been more honest and mentioned the crack pipes (and frankly, she’s super lucky they didn’t hold that omission against her), but she was technically honest. Or, well, she was at least technically not dishonest. That’s why she went home instead of to jail.

If You Don’t Have a License, You Should Drive Better

The title of this clip is If You Don’t Have a License, You Should Drive Better. Yes, driving better could fall under the rubric of better decisions. But really, the better decision here would be to not drive with a suspended license. If everyone should be more careful (“drive better”), no matter what kind of license they’ve got (and they do), then those without a valid license of course need to be a little extra careful.

Fortunately though, as this clip so explicitly makes clear, that rare civility does still exist. Better yet, the exchange proves that once said civility gets let outta the bag, it tends to spread. This traffic stop could have went sideways at many different points. But because the driver was cool, the cops were cool – and vice versa. Maybe the police figured their time would be better served by arresting real bad people, rather than someone with a bad habit. Perhaps they figured the woman needed the kind of help police departments are not equipped to provide. After all, that’s no reflection on the cops; they weren’t created to provide addiction treatment. In this case, giving the woman a chance to make a better decision was really the best decision the cops could make.

Imagine if the whole world made the best possible decision… Wow.

What about you? Could you be making better decisions? Do any of those decisions concern drugs or alcohol? Would you like some help? If so, then please give us a call. Healing Properties has been helping people make better decisions for 20 solid years. We’d be honored to help you decide better too.