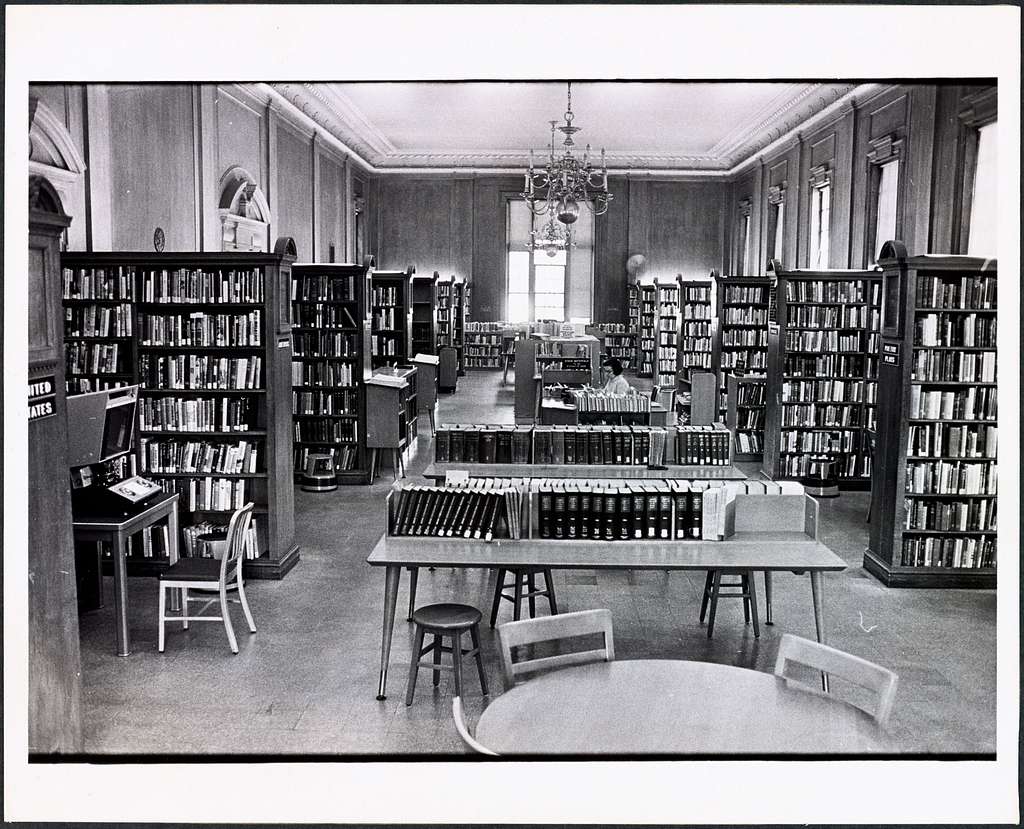 If there’s any kind of silver lining to the fentanyl plague currently ravishing the nation, it’s how the spread is making opioids an everyday subject. Sure, we’d rather have a more positive way to approach Substance Use Disorder (SUD), especially among those who see addiction in a bad light. But if everyone’s eyes are ever to be opened, they need to first know about the issue. U.S. public libraries’ recent push to permit Narcan check-out is a great way to help put the issue front and center.

Think about it. Not only do libraries operate in every American neighborhood, but they also provide services to every segment of the American population. That of course includes students, as well as the unhoused, two of the groups most victimized by fentanyl. Los Angeles lost nearly a dozen high school students to fentanyl overdose in September. There’s no telling how many other large U.S. cities did likewise. Heck, there’s no real way of calibrating the loss in any-sized municipalities.

The nationwide push for Narcan check-out will help tremendously.

Narcan Check-Out: What Do We Know?

Back in 2013, New York’s Middletown Thrall Public Library started experiencing a rush of opioid overdoses. Library director Matt Pfisterer decided to do something about it.

“We just felt like, let’s be Boy Scouts or Girl Scouts,” Pfisterer told the Syracuse University blog. “Let’s be prepared.”

So Pfisterer and some of his staff started receiving training in naloxone administration. They saved three lives within the first month of being trained.

“It’s easier to call the police, to wait for E.M.S.,” Pfisterer would later tell the New York Times’ Annie Correal. “You don’t know how they’re going to react. But when it comes down to it, you ask, ‘Do I want to see this person dying in front of me?’ ‘No.’ So you take the leap.”

It makes perfect sense for library staff to be trained to administer naloxone (commonly known by the brand name Narcan), just as they would learn to operate a fire extinguisher, give CPR, or use an automated external defibrillator. After all, helping people in the community with the things that they need and want is in libraries’ DNA.

So says Jill Hurst-Wahl, who at the time served as a professor of practice at Syracuse University’s School of Information Studies.

“The first thing that libraries need to do is to tailor their services to their community,” Hurst-Wahl continued. “If they don’t do that, then they can’t do anything else.”

For some libraries in areas hit hardest by the opioid epidemic, that has meant publicly addressing overdoses.

In October the Kern County Library and the Kern Behavioral Health and Recovery Services (KernBHRS) teamed up to make Narcan available in all 22 Kern County Library branches. That includes county seat Bakersfield, which has long been battling methamphetamine. In fact, Drug Free Kern, which began distributing Narcan with KernBHRS back in 2019, actually got its start as the Kern Stop Meth Coalition. That effort, called the Naloxone Distribution Project, has since distributed 5,514 Naloxone kits and saved over 721 lives. It’s all served as inspiration of the library distribution effort.

“Libraries are a trusted community hub where vulnerable populations come for all sorts of services and referrals,” Kern County Director of Libraries Andie Sullivan told the Desert News. “Many of our libraries are located in areas most impacted by opioid overdose and this partnership allows our organization to provide a life-saving tool to residents experiencing an opioid overdose.”

Providing Narcan in every Kern County library will surely help reverse many overdoses. It will also keep the issue front and center.

Meanwhile the Los Angeles County Board of Supervisors unanimously voted to also place a supply of the overdose-reversal drug naloxone, or Narcan, at all county libraries and train librarians how to administer it.

“Narcan is easy to use, anyone can carry it, and it saves lives,” said Supervisor Janice Hahn. “Opioid deaths and fentanyl poisonings are on the rise, and we should make sure Narcan is at our county libraries where so many young people spend time after school.”

“Parents are scared and want to know where they can get Narcan to keep in case of an emergency,” continued Hahn, who represents District 4 and introduced the motion “so I want to explore making our libraries Narcan kit distribution sites.”

CBS News reported that Board members called the motion an emergency after the above-mentioned string of fentanyl overdose incidents that have occurred to students throughout Los Angeles County.

Healing Properties has been a long and loyal supporter of public libraries, here in Delray Beach, as well as throughout Palm Beach County. And while the PBC Library System has yet to approve Narcan check-out, all Palm Beach County Sheriff’s Office deputies now carry the overdose-reversing drug, and many PBC stakeholders provide training in its use. One of those stakeholders, the National Alliance on Mental Illness, provides Opioid Overdose Response and Naloxone Training right in Lake Worth.

How about you? Does your local library offer Narcan check-out? Have you been saved by the overdose-reversing drug? Would you like to be in a world where you’ll never need it (again)? We would like to see you there too. Really. In fact, if you’ll give us a ring we’ll help you get there. Double really.