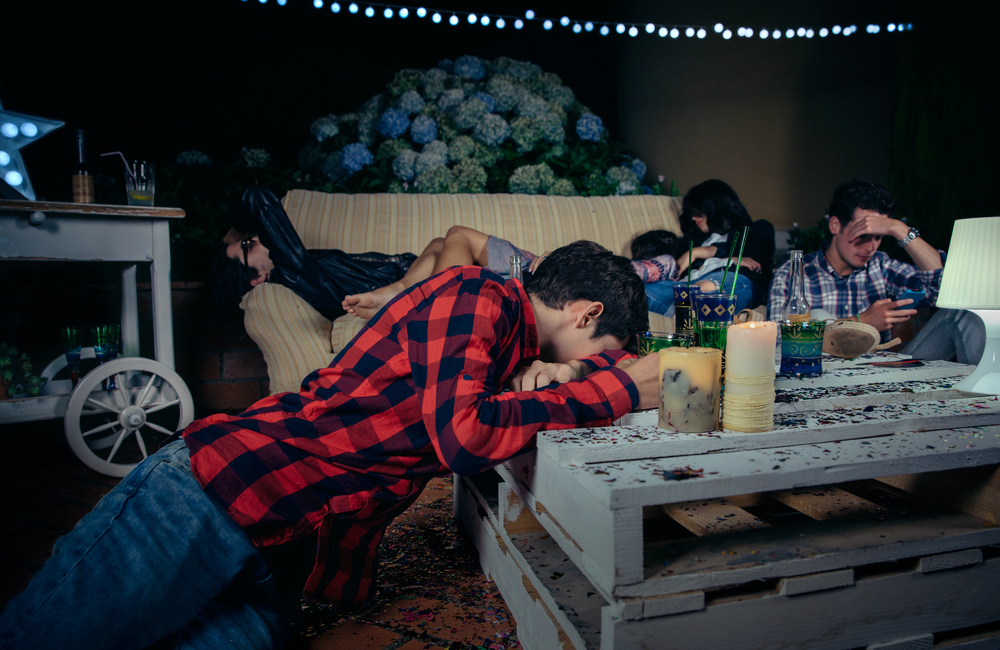 Narcan Parties Are No Longer a Dangerous Urban Myth

By now you’ve heard of Narcan Parties. You probably also know they’re a dangerous Urban Myth. Or they were anyway. Fortunately for us, the myth-spreaders lost on this one. Big time. Good thing too. Because had they won Narcan wouldn’t have become so readily available and many thousands of lives would have been lost.

It’s true. Too true. So true, in fact, that we decided to look into the matter. What did we find? We found that Narcan Parties weren’t simply an Urban Myth, but that the phrase sprang from the same kind of rumor mill people in power have long used to spread fear among the general public. Not that it was an actual conspiracy, mind you (we stay away from that particular game). Still, when numerous naysayers get on the same page, it doesn’t really need to be a conspiracy. The results are the same.

In this case, the fear induced by spreading the stories about Narcan Parties was meant to further stigmatize addicts and thus significantly slow the distribution of the life-saving drug. In some instances, it may have actually helped prevent its distribution entirely. Without Narcan on hand, of course, the overdose risk increased exponentially.

If urban myths seem to be primarily designed to create fear by stigmatizing a certain strata of society, then the myth about Narcan Parties most decidedly failed. Addicts are less and less stigmatized by the day. Sure the world has a long way to go. But we’re well on our way.

Another serious issue brought about by urban myths is that they tend to distract from the issue at hand. In fact, Alexis Crabtree and Dr. Jeffrey Masuda addressed just that in their BMC Medical Journal exploration of the role urban legends play in the public health sphere.

Taking seriously the stories surrounding the opioid crisis may seem nothing more than a distraction from the real problem at hand — armchair criticism, or worse, ‘committing sociology’ — in a time when urgent response, and the evidence base to justify it, is the only justifiable action. But confronting such stories as the urban legends that they are can help public healthleaders to understand why such stories arise and to meet the needs of the people propagating them.

Here the distraction is two-fold. On the one hand it was meant to distract the general public from the rash of overdose deaths and instead focus their attention on the addicts’ bad behavior. On the other hand, it distracted health professionals from responding with the necessary urgency. The authors argue, however, that we can also benefit from the distraction. That investigating the urban myth provides psycho-social value to everyone.

In doing so, they continue, public health leaders may also play a role in drawing attention to the broader social problems within which the overdose crisis has manifested, including under-funded response systems, the growing housing crisis, and of course, the ongoing discrimination and criminalization of people who use drugs.

If those “broader social problems” are more and more becoming a focus in the addiction battle (and they are), then that’s because public health leaders are becoming better and better versed in every aspect of addiction. Can we thank urban myths like Narcan Parties for the shift? That’d be a stretch. But we can acknowledge the role they played in getting health pros to step up their game.

And when we say pros, we mean pros. Take Crabtree and Masuda, for instance. Crabtree is a resident at the University of British Columbia School of Population and Public Health in Vancouver. Dr. Masuda is the Director of the Centre for Environmental Health Equity (CEHE), as well as a cross-appointed professor at Queen’s University’s School of Kinesiology and Health Studies, School of Environmental Studies and Department of Geography and Planning. Both pros work determinedly to help our most vulnerable communities, and both have trunk loads of credited academic papers to prove it.

Speaking of which, BioMed Central has been publishing the peer-reviewed BMC Medicine since 2003. It is described as “the flagship medical journal of the BMC series.” BioMed Central itself is part of Springer Nature, a German-British academic publishing company created by the May 2015 merger of Springer Science+Business Media and Holtzbrinck Publishing Group’s Nature Publishing Group, Palgrave Macmillan, and Macmillan Education.

It’s also well worth noting that the company originates from a number of highly-esteemed journals and publishing houses, notably Springer-Verlag, which was founded in 1842 by Julius Springer in Berlin (in 1950 his grandson, Bernhard Springer, would found Springer Publishing in New York), Nature Publishing Group, which has been publishing Nature since 1869, and Macmillan Education, which goes back to Macmillan Publishers (founded 1843). Springer Nature now also happens to be the company behind both Nature and Scientific American.

In other words, BMC Public Health has pedigree. Deep pedigree. And its contents are above reproach. Why else would the journal be included by the National Institutes of Health U.S. National Library of Medicine?

Crabtree and Masuda went beyond how urban myths affect healthcare operatives; they actually looked into the origins of urban myths themselves. That’s right. They went back through everything from razor-blade apples to Needle Boy. Then they went further and sourced Narcan Parties. There they found that the myth sprang from first-responders. Yet though law enforcement personnel seemed to be most behind the legend, EMTs were apparently also a source. Then again, when you see the kind of death and destruction these folks see, inventing urban myths hardly seems surprising.

Nevertheless, real damage could’ve occurred. In some cases, it did. After all, even a trickle interruption in the naloxone supply flow could conceivably mean hundreds or thousands of deaths. And inventing stories that give people pause will undoubtedly cause interruptions. If the overdose death rate hadn’t been so high and rising, and Narcan hadn’t been so obviously effective (and reporters like Troy Farah hadn’t called the legend for what it wasn’t), the myth about Narcan Parties might’ve completely derailed the life-saving campaign.

Okay, enough with the history. It’s today we’ve got to cover. And that means bracing for tomorrow. Now that we know Narcan Parties were nothing but urban myths; it’s time to dispel the next myths. Will that be the “crack pen”? Fentanyl-laced cannabis? A rise in recreational heroin use? Something else? Hard to say. What isn’t hard to say is that they’re out there, even closer than we think.

Healing Properties applauds scholar-activists such as Crabtree and Masuda; we only wish there were more of them. For it’s commonly-sensed, uncommonly-driven folks like them that’ll save our tomorrows. So it’s important we salute them today.

Speaking of today, are you still fighting that addiction? You ready to call it a day? Then please, give us a ring. We’ve been helping people beat the disease since 2002. Really. We’d be honored to help you too. Truly honored.