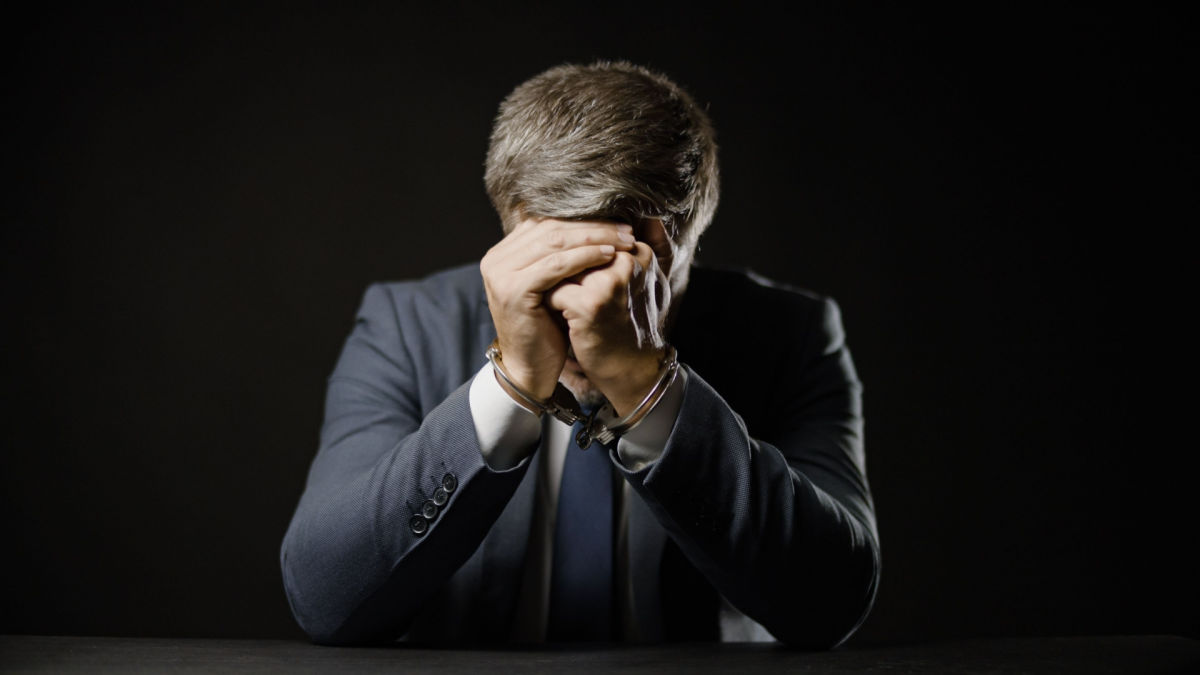 Today was supposed to be a big day in the life of Danny Rampey. The 67-year-old had always been devoted to his community, now, as a newly-elected member of the Georgia House of Representatives, he’d be representing that community in the state house. It was a big deal for the local family businessman. A big deal for the town of Winder too.

But Mr. Rampey won’t be shaking hands and taking bows today. He won’t be talking his State House seat either. See, after Mr. Rampey was elected, the local police caught him stealing drugs from his place of employment. The problem is, not only is stealing drugs illegal, Danny Rampey was stealing drugs from residents in his family’s Magnolia Estates. Yes, those are the very people he was tasked with protecting. They also happen to be the very same people he was elected to represent.

Rampey stepped down before he could be sworn in and suspended. Had he not done so, there’d have been an open election to fill his seat. But since Rampey ran unopposed and never took his seat, Georgia Governor Brian Kemp was able to call for a special election that will be closed to all but the Republicans.

We’re not here to chide the governor for protecting his party’s position; if the situation were reversed the Democrat Party would have certainly done the very same thing. Heck, we’re not even here to chide Mr. Rampey. There’s no question that stealing drugs is illegal. When the drugs come from one’s own wards, well, that’s just not nice. It’s especially not nice when you’re both owner and boss.

Yes, good people, Magnolia Estates happens to belong to a chain of nursing homes owned by Mr. Rampey’s own family.

But that’s all between Mr. Rampey and his Higher Power. We shan’t judge. We won’t even question Mr. Rampey’s decision to run for office despite having an obvious substance use issue. After all, many an addict thought they could get away with all sorts of things. Many an addict also believed that attaining a certain goal could and would cure their addiction. We don’t know just what Mr. Rampey was thinking. But we sure know a lot about the thinking that got him to where he now stands.

Rampey was initially only charged with Distribution or Possession of a Controlled Substance, Burglary, and Exploitation of a Disabled Adult. Then though the Barrow County Sheriff’s Office investigators served subsequent search warrants on Rampey’s home and office, it was implied that more charges were possible.

Suspicions had been raised after Rampey had been taken to the Barrow County Detention Center and originally held without bond. Surely prescription drug theft is a bondable offense. Home Invasion, however, isn’t. And entering an occupied dwelling is most definitely Home Invasion.

Was someone at home when Rampey pulled off his alleged heist? We don’t know. All that we know is the the Barrow County Sheriff’s Office received information about “suspicious activity involving missing medications” and then spent the next two weeks investigating.

That’s what reporter Wayne Ford quoted in the Athens Banner-Herald anyway. Ford was also the reporter who broke the news about the subsequent 19 charge pile-up.

Equally odd is that Georgia House District 119 didn’t even include the town of Winder before redistricting. In fact, the Ballotpedia map clearly makes it appear that the entire District was picked up and moved. Prior to last year’s election, the District sat just south of (and adjacent to) Athens. It currently sits a good 13 miles due west of the progressive college town, and conservative Winder, the Barrow County seat, is now set squarely in its center.

The redistricting certainly seems to have benefited candidate Rampey. In fact, it seems designed explicitly to help propel him to office. After all, he and his family have long been community fixtures. So has their string of assisted living facilities. A suspicious sort might think those facilities served as a captive bloc of voters, a bloc that Rampey would seem perfectly-suited to employ. Then again, perhaps the Republican simply liked the fact that the family business owner had been the president of the Barrow County Chamber of Commerce.

Perhaps it was both. It certainly was something. Because Rampey walked away with nearly 83% of the vote in the Republican primary, which pretty much annihilated his opponent, Marcus Ray. When it came time for the General Election, well, Rampey ran unopposed.

Casting unfounded aspersions about stealing elections is, of course, unfair and unseemly. It’s also uncool. So we won’t do it. If, however,there’s evidence to prove Rampey and the Republicans were in cahoots over those nursing homes, well, that should certainly be shared with authorities. The fact that the Barrow County Sheriff’s Office did the right thing in this case proves they intent to fairly and fully enforce the Law, wherever it may lead.

As implied, Rampey’s actions have all the hallmarks of an addict’s actions. They were reckless, daring and delusional. If Rampey is an addict though, he most certainly didn’t just become one. Behavior like that doesn’t occur out-of-the-blue. It’s borne of months if not years of addiction. Heck, Rampey may have been battling substance abuse for decades. He may have been pilfering medications for decades as well. How else to explain his so blatantly risking his name?

Rampey didn’t just risk his name as a businessman, or even the name of his family’s business. He risked his name in Georgia Political History. Because the name Danny Rampey will now forever be remembered as the Representative Who Never Took His Seat, a footnote denoting what could’ve been but wasn’t.

In all fairness, Healing Properties will not judge Danny Rampey. Not for stealing drugs anyway. And certainly not for believing he could get away with it. All addicts attempt to hide their addictions. All addicts tend to believe they’re doing a good job of it too. That’s simply addictive behavior. Again, Rampey could’ve easily convinced himself that being elected to the Georgia State House would be just what he needed to get clean. That the seat would be a ticket out of the trap he’d built for himself. A trap he’d been building for 38 years.

Can you imagine the scenario? For the past four decades you’ve been running your family business. Sure, you’re a big man in town. Even led the Chamber of Commerce. But the town has less than 19,000 people. And the Chamber’s business included less than six municipalities. (One town is only partially in Barrow.)

Then one day, a big shot from the state’s Republican Party knocks on your door. “How’d you like to be a member of the Georgia House of Representatives?” asks the big shot. “Well, we can make it happen.”

What would you say? Sure, you’ve got an addiction to hide. But you’ve been doing the same big thing in the same little town for 38 solid years. This is your ticket out. Furthermore, it’s your ticket up. No longer will you be simply the manager of the local nursing home your family owns. You’ll be Representative Danny Rampey.

In fact, you’d feel invincible. Which is quite likely what Danny Rampey felt when he walked into that nursing home villa and walked out with those drugs. He didn’t see the Sheriff’s investigators’ cameras; he probably didn’t even suspect they’d investigate him. After all, he was Rep-Elect Danny Rampey, wasn’t he?

Yes, he was. But he was also an addict.

How about you? Have you been offered a position you couldn’t refuse? Did you addiction prevent you from accepting? How about following through? Are you still in that position? If so, then give us a ring. Please. We’ll help get you sorted. This way, the next time some big shot knocks on your door you’ll be ready. Recovery-ready.