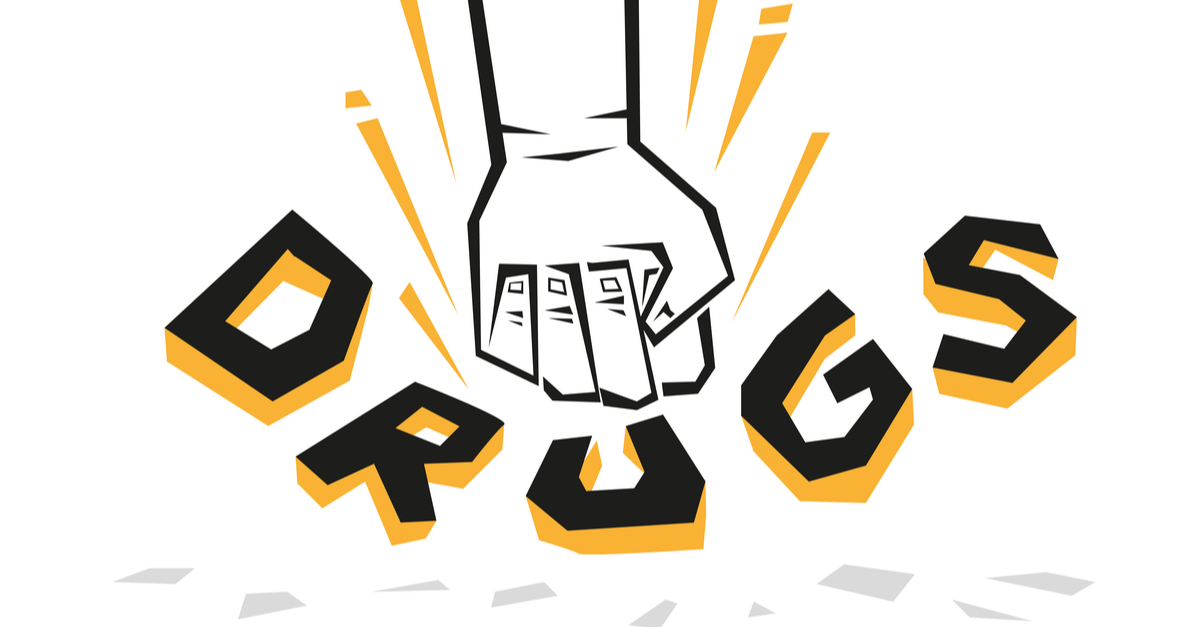 Overcoming Drugs in the Time of Covid

It’s no secret the pandemic doubled the jeopardy for people in recovery. After all, isolating someone whose sobriety is risked by isolation can be a rather deadly proposition. But those who doubled down against the double whammy have been able to pull through. Here’s a terrific story about overcoming drugs in the time of Covid.

The tale comes from Jerry Carino, the ace community columnist for the Asbury Park Press. Carino’s beat is the Jersey Shore, specifically the Shore’s most interesting people, inspiring stories and pressing issues. This tale happens to cover all three.

Aaron Miller was dead when the paramedics pulled up. D E A D Dead. He’d injected more heroin than his body could handle and it had shut down. It must’ve been some dose, because Miller weighed over 500 pounds.

The first-responders needed a miracle.

So, Narcan. The medics quickly popped the top on a nasal dose and sent it up his nose. Nothing. Nada. Zilch. Not even a blink. They’d have to go the injectable route.

Easier said than done. Remember, Miller weighed over 500 pounds. Worse, he’d been mainlining “H” for nearly a quarter century. Consequently usable veins were now few and far between. In fact, the medics couldn’t even find one. So the tag-team did what any quick-thinking superheroes would do, they injected the drug into the knee.

It worked. The giant of a man roused from his unwanted slumber and let out a roar — Aaron Miller was alive!

Overcoming Drugs in the Time of Covid

Narcan might be a miracle drug and first-responders might be miracle workers, but neither can keep someone alive if said someone doesn’t want to live. And being brought back from the brink doesn’t mean you want to live; it simply means someone or something intervened before you had to make the final decision. If anything, the fact that you had to be brought back in the first place shows more than a passing disregard for this thing called life.

Miller was determined to live.

Needless to say, he encountered more than a few difficulties along the way. There was another overdose, a few more illegal scams (as well as a couple subsequent arrests), a ballooning to a whopping 540 pounds (and its subsequent taxing of the body), plus yet one more recovery clinic.

This wasn’t just any ol’ recovery clinic though; it was Monmouth Medical Center Southern Campus, one of RWJBarnabas Health’s incredibly extensive network of world class facilities. Even better, the Lakewood-based center includes the RWJBarnabas Health Peer Recovery Program, a network-wide part of the organization’s Institute for Prevention and Recovery. Healing Properties praised both the Program and the Institute back in December. No, not because the Program is an initiative of the Tackling Addiction Task Force and funded by the New Jersey Department of Human Services’ Division of Mental Health and Addiction Services. (Though there is that.) And not because it has hospital-based recovery specialists at the ready 24 hours a day, 7 days a week either. (Though there is that too.) No, we praised the Program simply because it’s good at keeping people alive.

Just ask Aaron Miller, who’s getting close to celebrating his second sober year. Miller was assigned Peer Recovery Specialist Ken Driscoll the minute he checked into Monmouth Medical Center Southern Campus. Driscoll’s pretty much been by his side ever since.

Yes, that means the two met right before the pandemic. It was of course an uneasy time. But it was a particularly uneasy time for recovery.

“I would see Aaron on Zoom,” Driscoll told Carino, “but we all need that face-to-face support. So I would meet him in a parking lot; he would sit in his car and I would sit in my car.”

Smart. And crucial to Miller’s overcoming drugs while exiled. Though Miller did also include a serious working of the Steps, as well as an insane number of Zoom meetings.

“I ended up doing 114 (recovery) meetings on Zoom in 90 days,” said Miller. “I don’t think those should ever go away. I’d go into meetings in Australia, Europe, the Middle East. You realize it’s the same problems everywhere, just different accents.”

Miller is currently experiencing some of the pangs that come with early recovery, even after almost two years. It happens to everyone, regardless of drug preference. If, that is, they take a full and honest look in the mirror.

“The addiction took 25 years of my life that I’ll never get back,” Miller said. “If you lose money, you can always make more. But there’s no price you can put on a day.”

Miller’s right about that. He’s also right to keep his head up. Because with those pangs comes hope. And with sobriety, the capacity to put that hope to work.

Miller is getting married this fall, reports Carino. He’s also lost more than 200 pounds and got a job with Domino’s Pizza. In fact, he recently bought pizzas for the Monmouth Medical Center Southern Campus staff; delivering them as a thank you for saving his life.

Next up, writes Carino: reconnecting with his 11-year-old daughter, who lives with a cousin.

“I really want to get back in her life,” said Miller. “That would be the ultimate part of my recovery.”

As for Driscoll, well, it seems he can’t stop being the ever-present peer mentor. He continues to meet Miller and dozens of others who are both within and beyond the standard eight-week Peer Recovery Program parameters. Carino says he brings them coffee and egg sandwiches; that they meet in parking lots or on park benches. Carino also says that Driscoll still picks up the phone when they call, even on his days off.

Sounds like the Program and its people are as praise-worthy as ever.

Healing Properties applauds the RWJBarnabas Health Peer Recovery Program, as well as its Institute for Prevention and Recovery. We also applaud Ken Driscoll and the staff at Monmouth Medical Center Southern Campus. It’s terrific to see good people providing real honest-to-goodness help for those suffering from Substance Abuse Disorder. That the help also happens to be stigma-free only compounds our admiration. After all, overcoming drugs is hard enough without having to suffer someone else’s prejudice.

What about you? Are you sober? Suffering? Looking to get sober and stop suffering? Do you have sober support? Have you ever had sober support? We mean peer recovery. When it comes to sobriety, peer recovery can be the difference between make or break. Really. It’s like having a Sponsor on steroids. When it’s backed by a full service recovery plan, well, it can save your life. Literally. It can also revive your life. Big time. Look at Aaron Miller. Down two hundred pounds and about to get married. Now that’s a revival!