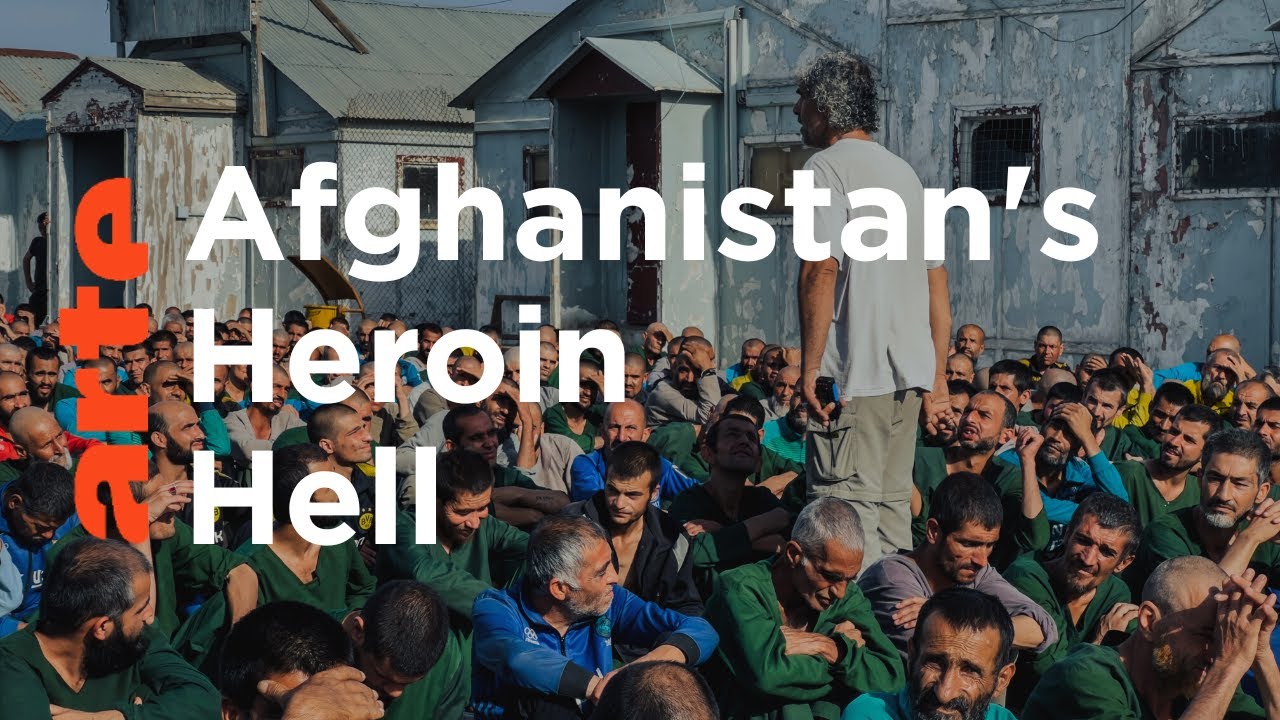 Kabul may be an ancient city with a storied past, but it hasn’t been a very desirable place to live since the Soviets blew through back in the ’80s. Oh, it’s still Afghanistan’s largest city. But it’s also still one of the most opiate-soaked places on Earth. And since the Taliban doesn’t like Afghans to be junkies, any addict they find gets bagged up and sent to rehab hell.

“I believe Islam strictly forbids drug use,” says one of the Taliban’s addict-grabbers. “We aim to ensure the interdiction’s upheld.”

“We’re going to eradicate drugs, by forbidding them from being used, grown and sold.”

And not just in Kabul either claims the arch acolyte, but in all 34 provinces. That adds up to some 40 million people spread across 652,864 square kilometers (252,072 sq mi) of mountains and plains deep in what’s considered the heart of Asia. The population consists of mostly of ethnic Pashtuns, Tajiks, Hazaras, and Uzbeks. There’s no telling which segment of that population is most addicted, but it’s clear the drug use and abuse exists across the entire country.

Its impact of course is felt far and wide, from Central Asia itself on to all parts of Europe. And while Mexico and Colombia have begun to dominate the U.S. heroin market, there was a time when Afghans ruled. In fact, many American soldiers still end up in the grip of Afghani dope.

We know all about this particular rehab hell because of the good folks at ARTE, a combination production house/network backed by the European Union. As you might suspect, this EU offering features a whirlwind collection of worldly documentaries. In fact, the docs come in six different languages (from English and Spanish, through German, French, Polish and Italian), which gives ARTE the opportunity of serving 70% of Europeans in their very own language. It also gives the EU considerable bragging rights for backing the enterprise in the first place.

And the doc Kabul: Rehab Hell deserves first place in whatever festival it appears in, or at least primary consideration to anyone who cares about addicts and addiction. It’s especially useful for those who’d like to see how users and abusers are getting along in other parts of the world.

Or how they’re not getting along. Addicts have been hard-targeted ever since the Taliban regained control of Kabul last year. Oh, the targeting may not be as brutal as say, Malaysia, which only recently eliminated the mandatory death penalty for drug trafficking. But make no mistake, it is brutal.

“We’re going to eradicate drugs, by forbidding them from being used, grown and sold.” say the hardlining overlords. Then we get to see just what they mean.

For addicts, the hardline begins with detox, which comes facing the muzzle of a proverbial gun. Forced withdrawal is horrific under any circumstances, for the ill and underfed, it’s beyond horror. Picture 45 days of torment and then add torture. From the inside out. You might get a bed. You might get a blanket. But that’s about all you’ll get.

Thrown into a dorm with hundreds of other writhing bodies, There’s nothing to ease the pain, of course, even aspirin. Heck, there’s barely even food.

A City of Addicts

Before the Taliban regained control said one of the addicts, drugs were rampant. Two and three gram packages were available everywhere, so were addicts, who were visible all across the city. Not so much anymore. The most compassionate Taliban members merely snatch up an addict and force them into rehab; the less compassionate will beat them first. Some will simply just beat them, then leave them for another zealot to beat ‘em all over again later.

Once captured though, we learn their stories. Like addicts everywhere, Afghan addicts generally want to be loved not loathed. They wanna stop being a burden and instead be of service. It’s a familiar refrain. And it can break your heart in any language.

The addicts know this, of course. They’re adept at exploiting it too. Some will become teary-eyed at the drop of a hat – or the mention of children. Others aren’t having it. In one scene of frank candor a fellow addict berates a cry baby: “He wouldn’t remember his children if he were free.” The cry baby doesn’t argue.

The veritas is refreshing. Gives us faith in the rest of the story. Helps us believe that some of the rehab practitioners actually do make an effort to weed out those whose bodies likely won’t be able to handle cold turkey. Then again, you could say the entire staff is going above and beyond, with everyone, especially considering they haven’t been paid in eight months. No other Aghani public servant has been paid in eight months either. Oddly enough, that just so happens to be when the Taliban regained control.

A Picture of Rehab Hell

At one point in the doc what appears to be the entire rehab population is lined up in a courtyard and pep-talked by the “Uncle” in Charge. First he tells the men they should be proud; then he informs them that death came in the night and took two of their colleagues.

The men reply by asking for shampoo. When that fails they ask for food.

“Dinner is bread and five beans,” shouts one of the thousands gathered for the assembly. “Some get no beans, they only get sauce.”

“The hunger will pass,” says the “Uncle.”

Turns out “Uncle” is ex Mujahideen, which of course means he once fought the Taliban. Now he’s on their side. He’s also an ex-addict though, which means he’s also on the side of the addicts. And like many a newly sober ex-addict, he genuinely wants to help others.

In this case, helping others has often meant going it alone. When the Taliban regained control of the capital, the rehab’s entire staff fled back to their homes. “Uncle” was only one to remain.

“I know the suffering,” he says, “and I haven’t forgotten the pain. That’s why I want to help these people…”

“Uncle”’s altruism aside, another story starts to emerge; one where the patients are in effect prisoners, and a long, long way from being rehabilitated. The facility’s narrative claims 15 days of detox begets 30 days in rehab proper. Then it’s back to the world. Testimony from those on hand for the filming differs significantly.

“We’re poor,” says another patient. “We’ve been starving here for the past four months. We’re prisoners held here like hostages.”

Taliban rules stipulate that no rehab patient will be released until a family member picks them up. The rules also stipulate that parents must guarantee the continued sobriety of their children.

“Many addicts have lost all contact with their families and can spend weeks if not months interned in this rehab center.”

Poverty. Violence. War. Stress. Depression. Those are the stated reason given by the Afghan men in this particular rehab hell. And those reasons don’t seem to be going anywhere anytime soon. Neither quite frankly does the hardship faced by Afghanis seeking to get sober. Remember, the Taliban not only brought along their own patented brand of hardline extremism, but they also brought most of the world’s enmity. That leaves the population being squeezed by extremism on one side and international sanctions on the other. Add the doubletalk the Taliban gives about their highly-profitable drug trafficking and hope for Afghani addicts seems less and less likely.

Not so here. Rehab Hell shows us how lucky we are here in the West. Then again, we don’t really need the Taliban rounding us up and forcing us to get clean. We don’t need to be starved either. Why? Because we have our consciences. And those consciences tell us that addiction isn’t healthy. More importantly, they tell us addiction is no way to live. That it harms us, as well as everyone in our lives, in more ways than can be imagined.

Something to remember the next time you consider your treatment center to be any sort of rehab hell.

If you or someone you love wants to be free of drugs and/or alcohol, please give us a call. Healing Properties has been helping men get sober for 20 solid years. We’d be honored to help you too.