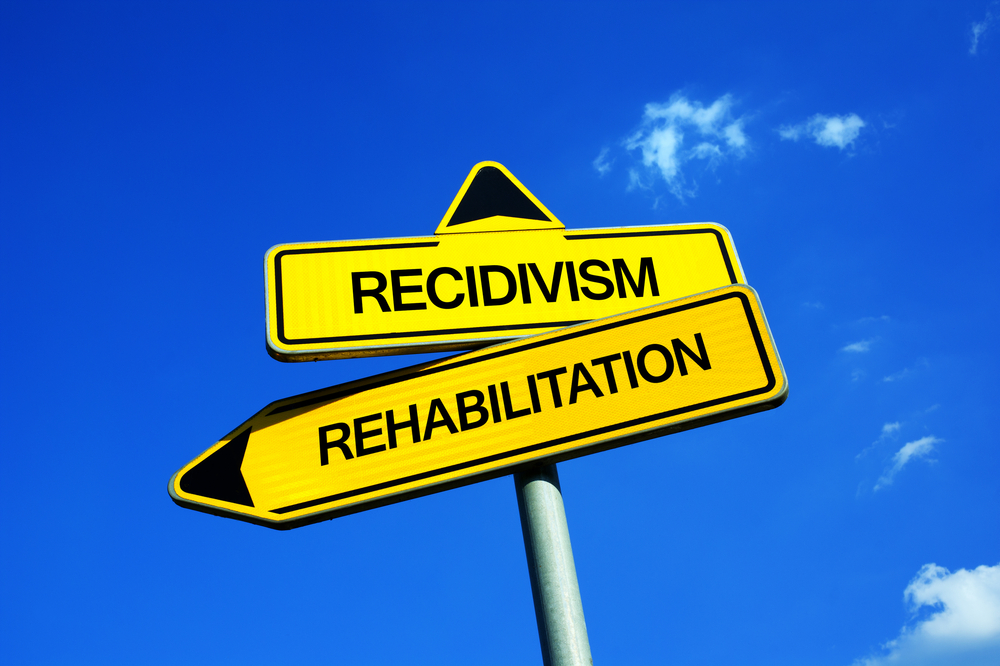 Rehab Instead of Prison? What a Novel Idea!

Seems we may not be re-entering the Dark Ages after all. In fact, with Oregon set to send addicts to rehab rather than prison, we may be in a new age of enlightenment.

That’s the big, bright idea behind the Beaver State’s Measure 110, which just went into effect. The law not only decriminalizes all drugs in Oregon, but it also will prioritize treatment over incarceration.

Even better, the program’s funding will come from the state’s cannabis tax.

We probably need not point out the many positive effects the new law will have on law enforcement and prisons, not to mention families and communities. Redirecting addicts to rehab rather than prison keeps people from getting caught in recidivism’s ever revolving door. It also allows people to return to the world without a criminal record hanging over their head. Plus when they do return, it’s as more solid and stable citizens.

Measure 110 is an absolutely terrific new law — and an inspiring development for everyone. Heck, if Oregon can make true diversion work, the rest of the country will take notice. And just think of the great good benefits to be had when it spreads across the entire country!

Rehab Rather Than Prison: Now More Than Ever

81,000. That’s how many overdose deaths occurred in the United States between May 2019 and May 2020. Eighty. One. Thousand. Granted it’s only around one-fifth of the deaths we’ve so far suffered from COVID-19. Nevertheless, it’s the most overdose deaths this country has ever reported in a 12 month period. It also clearly shows the impact the pandemic is having on those who are suffering from Substance Use Disorder (SUD).

In fact, the effect has been devastating. Since the pandemic’s Spring 2020 start, Oregon’s overdoses have skyrocketed by 70%. With new strains popping up and infection rates yo-yoing, those numbers are bound to rise even further. Doing everything possible to reduce those numbers certainly seems to be paramount.

That’s what the Oregon Health Authority leads us to believe. They’ve even put together a 10-year battle plan in order to prove it. Measure 110 will be a crucial step in that fight.

So Steve Allen tells USA Today’s Lindsay Schnell anyway. Then again, Allen should definitely know. Especially since he’s the OHA’s Behavioral Health Director and the OHA knows a thing or two about a thing or two.

Helping addicts fight addiction means more than just straight drug rehab, he adds. After all, addiction is rarely an isolated event. It’s actually often just one of multiple co-occurring crises, which may include everything from mental illness and physical or dental health care issues to homelessness. Consequently we’ve got to stop merely cycling folks in and out of jails and emergency departments instead of getting them the wraparound services they need.

“We know that punishment for addiction doesn’t work,” Allen says. “[It] doesn’t improve outcomes for people either.”

Besides, Measure 110 is the first of its kind in these United States. That’s right. This is the very first time such legislation has ever been passed in America. No surprise considering the Act decriminalizes the possession of all illegal drugs in Oregon, including heroin, cocaine, meth and oxycodone. That’s a huge consideration. Especially after a decades-long War on Drugs. It’s not unique though. Over 25 countries have decriminalized all drugs, including Portugal, which made the move way back in 2001.

How has Portugal fared since then? Well, the country’s number of newly diagnosed HIV cases among IV drug users declined dramatically over that first decade. In fact, the stats fell from 1,016 in ’01 to 56 in 2012. The number of new cases of AIDS among that group over that period also decreased — from 568 to 38. The country also saw a similar downward trend among Hepatitis B and C cases.

Portugal’s drug use deaths have also dropped significantly (by more than 25%). So did the number of people arrested and sent to criminal court for drug offenses (from over 14,000 in ’01 to around 5,500-6,000 per year once the policy had come into effect). The proportion of drug-related offenders in the Portuguese prison population was also more than halved — from 44% in 1999, to just under 21% in 2012.

So Why Not Pivot?

So why not pivot to a health-care-based approach? Offer addicts treatment instead of prison time? After all, the criminal-justice-based approach sure didn’t work. If anything, it did much more harm than good. The new law means those caught possessing drugs will now simply be fined $100. Better yet, the citation gets dropped if the person agrees to a health assessment.

Advocates say the state’s pivot will be life-changing for thousands of Oregonians. We wholeheartedly agree.

“One of the things people misunderstand is how criminalization creates barriers to treatment,” says the Drug Policy Alliance’s Kassandra Frederique. “If we want people to make different choices, we have to give them more options … ending criminalization will do leaps and bounds around ending shame, which automatically opens people up for other opportunities.”

Healing Properties wishes to thank the USA Today’s Lindsay Schnell (whose original piece spurred this report), as well as the CDC’s new director Rochelle Walensky (who heads one of the country’s most invaluable agencies), the Drug Policy Alliance’s Kassandra Frederique (whose organization is on the forefront of common sense change) and the UK’s Transform Drug Policy Foundation (for all the spot-on Portugal data). We couldn’t do what we do without them and their ilk. We likely wouldn’t be where we are either. And neither would much of the world.

We also wholeheartedly applaud Oregonians for passing the forward-thinking Measure 110. We’re sure once the rest of the country sees the many benefits in sending people to rehab instead of prison, they’ll be inclined to follow suit. It may not happen tomorrow. Or even next year. But it’ll happen. We’ve got confidence.

So does Rep. Bonnie Watson Coleman (D-NJ), an outspoken critic of the War on Drugs. And so does Janie Gullickson, executive director of the Mental Health & Addiction Association of Oregon.

“If we do this right in Oregon, I think there’s a will to do it everywhere,” says Gullickson. “We’ve got a huge responsibility to show that this is the right thing, and it can work.”