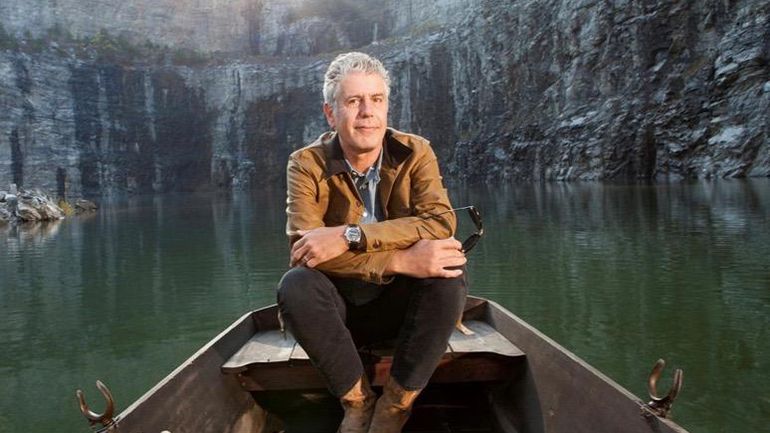 It is with very heavy hearts that today we are remembering Anthony Bourdain. Bourdain, star of CNN’s widely-acclaimed food adventure series “Parts Unknown,” was found dead in his French hotel room. The cause of death was suicide. He was 61.

The Smithsonian once called Bourdain “the original rock star” of the culinary world, reminded CNN. “The Elvis of bad boy chefs.” But he was so much more.

In 2013, Peabody Award judges honored Bourdain and “Parts Unknown” for “expanding our palates and horizons in equal measure.”

“He’s irreverent, honest, curious, never condescending, never obsequious,” the judges said. “People open up to him and, in doing so, often reveal more about their hometowns or homelands than a traditional reporter.”

In 2014, Bourdain took his “Parts Unknown” crew to Ptown and revisited some of the haunts that molded him into the man he’d become. As was his custom, he also broke bread with some of the town’s more colorful cast of characters. Whether kicking back beneath a nude photo of Tennessee Williams at The Atlantic House or chewing the fat with a crew of old-school scallop fishermen out off the Cape, Bourdain was cordial, candid and very much welcome by all.

That candor and welcome continued apace when Bourdain visited Greenfield, Massachusetts, a town incredibly hard hit by the opioid crisis. Here Bourdain not only got with the affected (a doctor, an ex-addict, the sole narcotics detective); he also sat down and shared his story with a group of strangers at the Recover Project. Yes, there was the customary good food and warm camaraderie (New England Boiled Dinner at the Shady Glen). But it was Bourdain’s candor which truly made the day, and which so poignantly reminded us what made the man.

Bourdain battled addiction and won. And he did so with exquisite grace and charm. And everyone at Recovery Boot Camp, Healing Properties and the Schnellenberger Family Foundation would like to thank him for sharing so much of that grace and charm with the whole, wild world. RIP, Tony B.

The suicide rate in the United States has seen sharp increases in recent years. Studies have shown that the risk of suicide declines sharply when people call the national suicide hotline: 1-800-273-TALK.