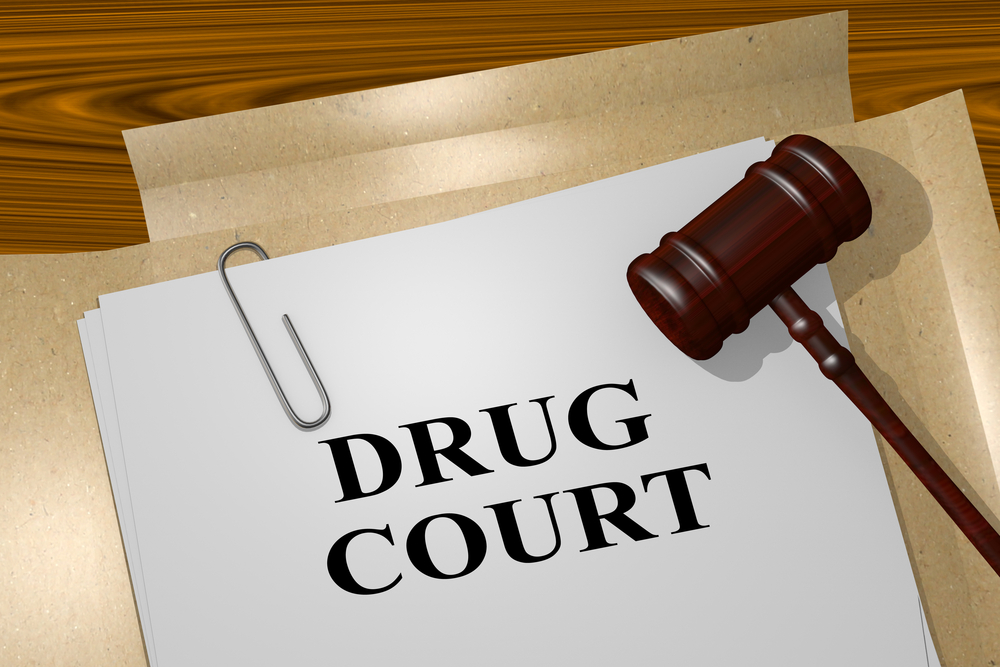 Could This Drug Court Be the Future?

Rio Arriba may not be the least populated New Mexico county (that title belongs to 695-person Harding County), but it still only has just a tad over 40,000 residents. It isn’t the largest size-wise either. To, that title belongs to Catron County, down in the state’s far southwest. Rio Arriba is close to the title-holder though, at least as far as off-the-beaten-paths go. Despite being just over a thousand square miles short of Catron’s 6,929. No matter. Because however Rio Arriba is measured, in drug court metrics it’s nearly akin to being on Mars.

Okay, so maybe not quite Mars. But certainly far enough away from Earth’s average hustle and bustle to give it that feel. And those advantages. See, there are some distinct advantages to being far, far away from what’s going on in the rest of the country. Chief among them is being able to advance the drug court conversation without any pesky interruptions.

“We are so far away from the epicenter of power [that] we’ve really had the freedom to be creative,” Reichelt told Alcorn. “If we were a neighborhood in Washington, D.C., we couldn’t do what we have done because people would be paying attention and sabotaging it.”

And what Rio Arriba County has done is actually made progress on the addiction problem. No, they haven’t entirely resolved the issue. But they’ve made a considerable dent. A very considerable dent. And in a county with a history of leading the country in drug overdoses, that’s saying something.

But What’s It Saying?

Good question. Idioms are nothing but window dressing without some solid action to back ’em up. One needs to be able to name the names behind that action too. In Rio Arriba’s case that means looking toward a small slew of open-minded County operatives who won’t take No Contest for an answer. It also means finding a judge who won’t accept such a defeatist plea.

New Mexico Governor Susana Martinez appointed Lidyard to the bench back in April 2018. He was officially elected that November. Before earning the Gubernatorial Seal of Approval, Lidyard served seven years as Assistant District Attorney in the 1st Judicial Court’s D.A.’s Office. How he came to the governor’s attention is anyone’s guess. Perhaps it was because he received the District’s 2012 Prosecutor of the Year Award. Maybe it was because he was already vying for the seat. Or perhaps it was his unwavering prosecutoral zeal

“He was a hell of a prosecutor,” says Morgan Wood, a public defender at that time. “I didn’t want to go to trial against him.”

Then again, it could’ve simply been a case of kismet. Whatever the cause(s), the appointment apparently put Lidyard right where he wanted to be, because he immediately started applying his enlightened touch to the District Court’s heaviest load — drug cases.

Lidyard had already “showed an interest in lightening the touch of the criminal justice system,” writes Ted Alcorn in The Washington Post Magazine feature which spurred these words. That’s largely because once “he began noticing similarities between [drug case] defendants’ behavior and that of his father.”

“That got my attention and my interest,” Lidyard told Alcorn, “because I’ve always been trying to understand my father and … what addictions are about and how people get there and why it’s so hard to get out.”

In fact, his father’s cocaine addiction helped Lidyard find pause in the expeditiously harmful way drug cases were prosecuted. When Governor Martinez awarded him his judgeship, he took his finger off pause and in turn pushed play.

A Judge on the Case

Lidyard took to the bench with uncommon vigor. Unlike his judicial predecessors, the judge took up residence right in Tierra Amarilla, population 784, the census-designated place in and county seat of Rio Arriba County.

“If you don’t know what’s happening in the community, then how can you apply the law?” he says.

Lidyard also was afforded the chance to advance some of the methods he’d championed as a prosecutor, including echoing Seattle’s first-in-country Law Enforcement Assisted Diversion (LEAD) program. LEAD allowed cops to take low-level drug offenders to community-based treatment and support services instead of putting them in jail. His boss at the time, D.A. Angela “Spence” Pacheco, had tasked Lidyard to represent the office in the program’s development.

Pacheco was one of Lidyard’s early supporters. She also seems to have helped spur his rigorously open-minded views on the law. The former D.A., who’s now with the revered Drug Policy Alliance, told Alcorn “her views [were] informed by her Hispanic heritage, her Catholicism and the years she spent as a social worker before pivoting to law.” And while Lidyard had none of the above in his past, after he arrived to his job interview sporting cowboy boots she hired him straightaway.

“I was always on the lookout for individual thinkers who could challenge me on a constructive level,” she says.

In Lidyard, Pacheco had definitely found a constructive and individual thinker.

Though LEAD eventually collapsed over lack of clear cut application, the program “significantly reduced participants’ rate of rearrest.” Furthermore, “because participants were detained fewer days and needed less emergency medical care, the program ended up saving more than it cost.”

More importantly perhaps, at least in the long run, is LEAD turned out to be critical to Lidyard’s own evolution.

“Thinking about a different way of trying to keep people out of the criminal justice system at the front end was revolutionary to me.”

It also was revolutionary to the world.

Judge Lidyard’s going to need that revolutionary new thinking in Rio Arriba, in every aspect. The county’s “never had a medical detox center, and the only two residential treatment programs that accept Medicaid are often short-staffed and forced to keep wait lists.” Consequently post-diversion is already a problem.

Furthermore, “for decades the county’s jail incarceration rate has exceeded the national rate by 50 percent or more.” Add the fact that drug cases took up more than half the court’s docket and you’ve got a system in serious need of repair.

It’s a challenge the Good Judge seems more than willing to take on.

“Rio Arriba is my petri dish,” he says. “What if we could actually use the criminal justice system to better people’s lives?”

Phillip Fiuty is part of that small slew aiding and abetting the judge. In fact, he and the outfit he works for are doing so at the judge’s behest. Really. See, Fiuty directs the harm-reduction program at The Mountain Center, a progressive addiction treatment center. And the judge wanted to pair the drug court with a like-minded outfit. He needed it too.

“The Mountain Center counts about 2,000 of Rio Arriba County’s 30,000 adult residents as clients of its syringe exchange,” notes Alcorn. For those not counting, that’s 1 in 15. Yet Fiuty “estimates that when you include people dependent on alcohol or stimulants, the true prevalence of substance use disorders is two to three times as high.” Until only recently though law enforcement was pretty much against harm reduction. They’d even gone so far as “confiscating medical supplies the organization had distributed.” Under Judge Lidyard, that attitude is changing.

The aforementioned Reichelt is another of the revolutionary team who’s helping that attitude stay changed. Reichelt’s been running Rio Arriba County’s HHS Department since she founded it in the 1990s. So yes, she’s well aware of the opposing forces. She also knows that “geography, history and poverty” are very formidable foes.

“It’s a perfect storm of factors,” she told Alcorn. Besides being one of the first drug trafficking stops between Mexico and the rest of the United States, about a quarter of the county’s population lives below the poverty line. And while families remain close-knit, and that does help make the community more resilient, it also makes most folks more resistant to change.

State Rep. Roger Montoya, another enjoined in the fight, concurs.

“The people in northern New Mexico are genuinely rich in so many ways,” he says, “yet there’s this equal, opposing force.”

Nevertheless, just seeing a judge, a county HHS director, a state representative and a harm reduction operative all on the same side is cause for applause. Seeing such a driven team help ensure a drug court can find real success is cause for celebration.

Is There a Drug Court in Your Future?

Healing Properties sees great hope in what’s occurring in New Mexico. We see even greater hope in what Judge Lidyard and his allies have been able to achieve. Indeed, their efforts represent nothing less than the future of addiction treatment. Yes, it’s going to take a true drug court in every county before we can even begin to get a grip on this national crisis. More, it’s going to take drug courts with the mindset like that on display in Rio Arriba County. But we’ve at least got an excellent example to follow. And a helluva Pied Piper.

“Lasting change doesn’t come from being scared straight,” said Judge Lidyard. That’s why he “has no eligibility criteria” for his drug court. None. The judge wants to give everyone a chance. Sure, there’s urinalysis, but “he never imposes a sanction for testing positive.” Instead he sees UAs “merely as a monitoring tool.” A way for both “court and client to openly discuss what conditions they still need to fix.”

In fact, Lidyard does not jail any participants. Like the best addiction treatment professionals, the judge considers relapse to be “comparable to a diabetic failing to regulate their blood sugar.” They’re “in need of more support, not more disruption.”

“When I became a judge, I decided I’m not going to create that revolving [court] door,” he says.

No, Lidyard is not the only judge in the country to accept drug use as a given, writes Alcorn. Until the past five years though, it would have been astonishing to see a drug court operate with so little coercion.

The scientific basis for his approach is not new either, says Shannon Carey, who has researched and evaluated hundreds of courts at the for-profit NPC Research. “Since the time of Skinner and Pavlov, we’ve known that people and animals and even amoebas and rats all respond better to incentives than sanctions.”

This isn’t a contest between first and only though; it’s a fight for hundreds of thousands of lives. And we need the rest of this country’s counties to start knowing likewise.

Extra special gratitude to journalist Ted Alcorn and The Washington Post Magazine for putting us on to Judge Lidyard. Triple that gratitude for providing such keen copy upon which to share the good word.