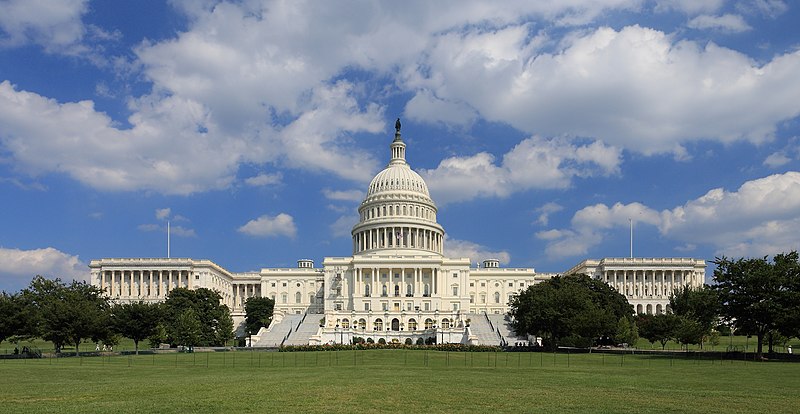 From millions awarded in West Virginia to billions requested by New York, U.S. Senators are signaling real seriousness about substance abuse. And not a moment too soon either!

U.S. Senator Kirsten Gillibrand (D-NY) wants the COVID Relief Bill to include an additional $10B for mental health and substance abuse services. Yes, that’s right. Billion with a “B.” That’s what Robert Harding is reporting in The Auburn Citizen. And we see no reason to doubt his good word. After all, The Citizen roots back to 1816. And no daily could possibly stay relevant for over 200 years if it wasn’t completely truthful.

Besides, the need is clearly there. In fact, Harding cites it right from the get.

“After a spike in drug overdose deaths and suicides during the COVID-19 pandemic, U.S. Sen. Kirsten Gillibrand is requesting billions in funding for a federal agency that aims to prevent and treat mental illnesses and substance abuse disorders.”

The Good Folks at SAMHSA

The federal agency Harding’s citing is of course the Substance Abuse and Mental Health Administration (SAMHSA). Frequent readers of this site know we frequently cite the great good folks at SAMHSA. (Heck, we just dropped their number again two days ago!)

To land that loot Gillibrand sent a letter to the leaders of the Senate Health, Education, Labor and Pensions Committee. There the good senator urged the committee to add another earmarked $10 billion to President Biden’s American Rescue Plan.

Everyone in the country well knows the president and congressional leaders are working on that new $1.9 trillion relief package. Pretty much everyone also knows the proposal has already been released. Nevertheless Congress could easily add funding for mental health and substance abuse services in the final legislation.

“Half the funding would support the Community Mental Health Services Block Grant program,”writes Harding, “while the other $5 billion would boost the Substance Abuse Prevent and Treatment Block Grant program. Both programs provide direct aid to states for mental health services and substance abuse treatment.”

Makes sense. Great good sense. With meetings at a bare minimum and stress well above the max, the recovery community is under real siege. Said siege shows little sign of abating anytime soon either. Otherwise why else a nearly $2 trillion rescue plan?

“The pandemic has exacerbated New York’s addiction crisis and we must do more to address the troubling trend of high rates of mental health and substance use disorders,” Gillibrand said in a statement. “Many mental health care and substance use disorder support services are faced with the heavy burden of helping Americans in need with limited resources. Shoring up SAMHSA with robust funding in the next package would ensure resources are available to those recovering from substance use and help save lives.”

The Crisis in Cayuga County

The Citizen being in Auburn and Auburn being the largest city and county seat of Cayuga County, Harding turned to some area experts. One of those experts was Cayuga County Coroner Dr. Adam Duckett, who said drug overdoses and suicides both rose in 2020.

Cayuga’s numbers mimic those around the nation. The Centers for Disease Control and Prevention (CDC) reported more than 81,000 U.S. drug overdose deaths between July 2019 and June 2020. The senator said that’s the highest number of overdose deaths ever reported in a 12-month period.

Of course substance abuse and mental health largely comes hand in hand. “Nearly one-third of Americans said they had symptoms of anxiety or depression,” reports Harding. “[And] more than 20% of that group said they needed but weren’t receiving mental health services.”

“As COVID-19 continues into the new year, we must not lose sight of the addiction and mental health crisis we faced before the onset of the pandemic, and which has only been exacerbated by it,” Gillibrand wrote in her letter. “These behavioral and mental health services are crucial to save lives and improve Americans’ well-being.”

West Virginia Senators Shelley Moore Capito (R-WV) and Joe Manchin (D-WV) announce $5.9 million for mental health and substance abuse services, reports the WBOY 12 News Staff. Then again, those two senators are primed to be able to do so. Why? Because both are members of the hugely influential Senate Appropriations Committee. It’s known as the Committee that controls the nation’s purse strings. And whomever controls the purse strings, well…

So it was little surprise the senators announced $5,921,559 in Mental Health & Substance Abuse Service Grants for two West Virginia locations. The news was welcome though. Incredibly welcome. Especially now. Like Gillibrand, the WV senators cited the pandemic’s deleterious effect on their state.

“As the impact of COVID-19 is felt across West Virginia, our cities and counties are facing an addiction crisis that has led to an increase in substance abuse and a rise in drug overdose deaths,” said Senator Capito.

“The COVID-19 pandemic has put an enormous strain on many West Virginians struggling with mental health issues,” said Senator Manchin, “and has made it even harder for many people with substance use disorder to receive treatment. This funding is vital to the fight against the drug epidemic… during this difficult time.”

Healing Properties heralds Senators Capito, Gillibrand and Manchin for stepping up and fighting for folks who are fighting substance abuse issues. It’s tremendously encouraging to see such pivotal figures realize the importance of recovery. It’s also inspiring. For if legislators such as these have recovery’s back, then surely the rest of the legislature will do likewise. And that kind of concerted effort is certain to help a whole lot of Americans.

We’d also like to herald SAMHSA. Yeah, we know. We cite them an awful lot. But it’s for good reason. SAMHSA has been at the forefront of substance abuse and mental health issues each and every one of the 28 years in its history. Pushing the envelope and keeping the subject alive. And in turn saving untold millions of American lives. No foolin.’ So we’ll sing its praise at every opportunity.

We’ll keep singing their praise too. So long as it’s necessary. And if you need some help, call SAMHSA. Call us. Call someone. Just get help. Please. You’re worth it. Your friends and families are worth it too.