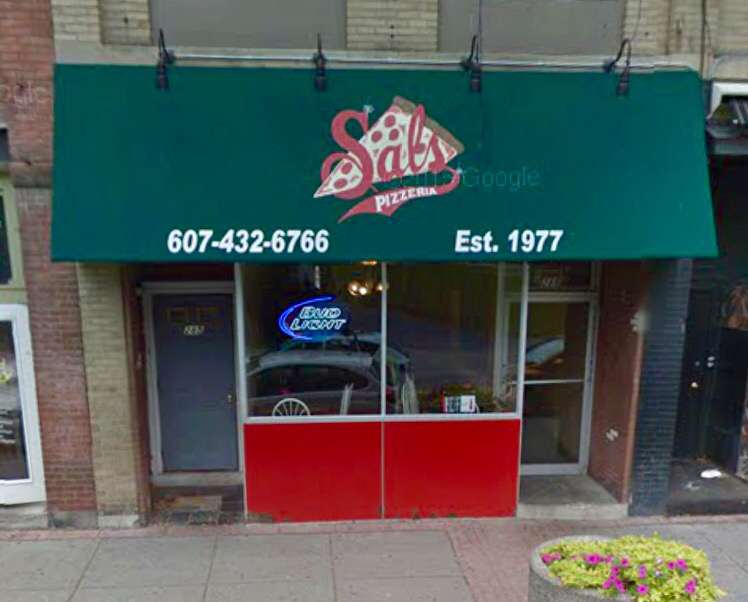 A Slice of Hope in New York

A job can make or break recovery. Having one can make it. Not having one can break it. It really is that simple. Just ask Sal’s, which brings a great big slice of hope to New York.

A Slice of Hope

Oneonta’s opioid problem was diligently addressed in 2017’s Smacked! Heroin Addiction and Recovery in Rural America. So was its solution. Or some of what could be its solution anyway. Because as Smacked! so succinctly made clear, solving an epidemic ain’t that simple.

The crisis can be solved though. And this time around the filmmakers behind Smacked! want everyone to know that.

The filmmakers at work are Jessica Vecchione and Lillian Browne. Vecchione is named director. And Browne is credited as producer. But their VeccBrowne dba suggests the two are equal under the lens. So are their subjects. Who are filmed with a dignity and compassion seldom seen in the everyday world of most addicts. Then again, most addicts aren’t blessed with such gifted tellers of their story. And they most certainly aren’t blessed with a joint like Sal’s Pizza.

Sal’s Pizza serves as the setting for VeccBrowne’s latest collaboration, A Slice of Hope. The downtown Oneonta eatery also serves as the film’s hero. Well, Sal’s owners Jennifer and Johnny Grigoli serve as heroes anyway. Because when the couple took over the pizzeria last February, they committed to transforming the restaurant into a recovery-friendly environment.

The film “offers a vignette of the day-to-day operations of Sal’s, where many of the employees are recovering from alcohol and drug addictions.” It also offers some much needed perspective to any- and everyone who knows someone who is struggling with the disease.

“We really wanted it to have a hopeful feel, hence the title,” Vecchione said. “These are people trying to do something with their lives, but we [often] don’t think of it that way.”

Vecchione was hit with the reality of the opioid epidemic after her nephew overdosed five years ago.

“I thought this was something that happened to other people,” she said. “I just didn’t understand it.”

If Smacked! help her get a grip on the problem; A Slice of Hope permits her to take the matter a step into the solution.

The film also helps combat the stigma of addiction. That’s the intention Vecchione, as well as the film’s co-producers, which include the LEAF Council on Alcoholism and Addictions, Friends of Recovery of Delaware and Otsego, and the Otsego County Chamber of Commerce.

“It’s a question of education, as with anything else,” Vecchione said.

A Slice of Hope seeks to normalize recovery in the workplace. Not the easiest of tasks in an industry notorious for substance abuse.

The Substance Abuse and Mental Health Services Administration (SAMHSA) says the food service and hospitality industry ranks highest for substance-use disorders. It also has the third-highest rate of heavy alcohol use.

But that shouldn’t prevent the industry from being recovery-friendly.

“There are people in recovery who want a place, who need a place,” said Jennifer Grigoli. Sal’s “makes room for them.”

“A past is a past — everybody has one — but everybody deserves a chance,” she said. “They may not make it, but they deserve it.”

Dostal hopes the film will help local employers realize the potential of this “untapped workforce.” And that potential employers will come to view people in recovery as assets rather than risks.

Thus far it is mission accomplished. Once folks see the film “it’s like you can watch the stigma start to melt away,” she said.

We just cited a couple cool recovery-friendly workplaces over at Recovery Boot Camp. And last August we also cited New Hampshire Governor John Sununu’s awesome Recovery-Workplace Initiative. Considering both RBC and Healing Properties are 100% recovery-friendly workplaces, our position is more than evident. We know jobs are essential to sobriety. And we wholeheartedly support any and every business who’s willing to take a chance on people in recovery.

So our hats are off to the Grigolis, as well as everyone at Sal’s. And we’d like to extend a very special round of applause to VeccBrowne for bringing to light such A Slice of Hope.