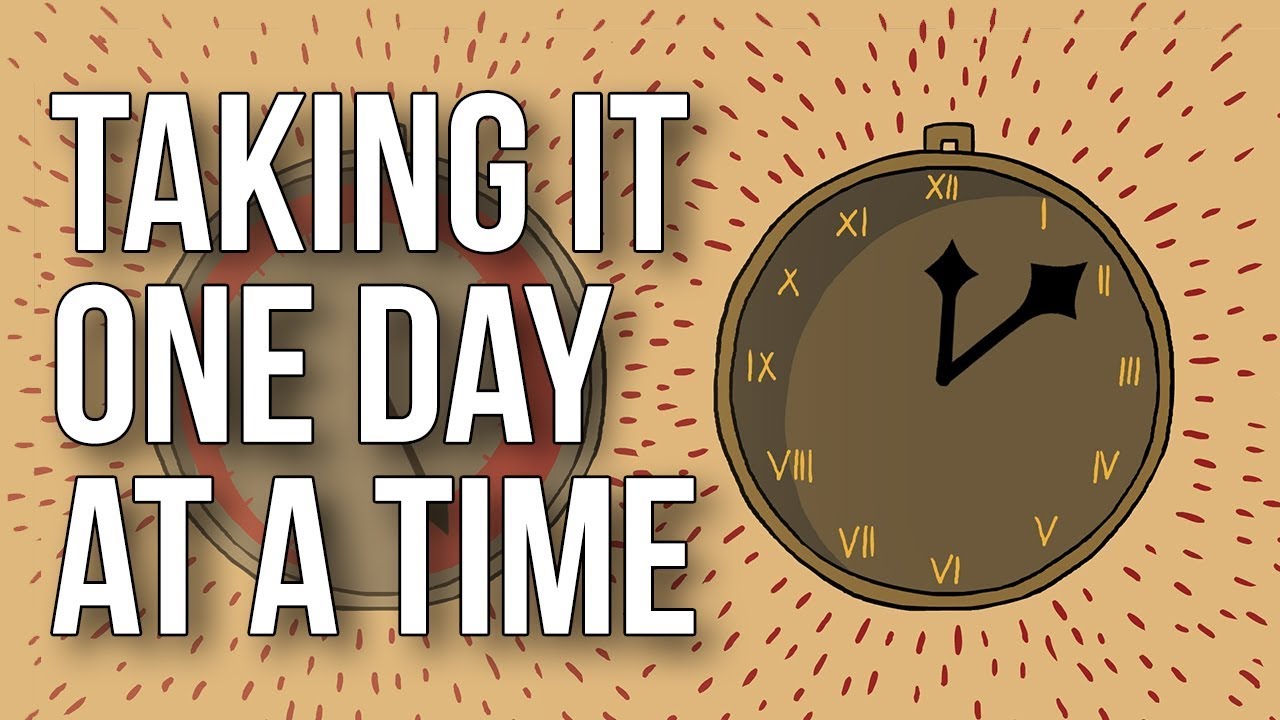 New Year, New Outlook: Taking it One Day at a Time

One Day at a Time has been an AA fave since before the org even had a name. For good reason too. Not only did the practice help Dr. Bob and Bill W. get their very first patient over the initial hump, but it’s done likewise for untold millions since. By likewise, of course, we mean One Day at a Time has saved lives. In AA’s case, that means saving lives since 1935.

The first life saved by the phrase was Bill W. himself, who’d found himself in an Akron hotel lobby craving a drink. Bill had detoxed four times by that time, a process even more grueling then than it is today, and the fourth time nearly killed him. Bill knew he couldn’t survive a fifth.

So Bill went to the payphone and cold-called a local church minister, which eventually led him to reaching Dr. Bob. The good Dr. Bob was in a similar fix, and he agreed to hear Bill out. Bill W. ran right over, and what was supposed to be a 15 minute meeting turned into an hours-long bonding. In the process it saved the life of Bill W., and set the stage for what was to become AA.

As for Dr. Bob, well he was fully sober within a month. In fact, June 10th (Dr. Bob’s “dry date”) is celebrated by AA to this very day!

One Day at a Time: Beyond AA

But One Day at a Time impacts much more than sobriety and recovery. In fact, the practice serves as the foundation for anyone seeking a well-lived life. Why? Many reasons. The most pertinent reason though is because it permits us to put life into proper perspective. By not being bothered by either yesterday or tomorrow, we get to fully live out today. And you’d be surprised by what can become of a run of fully-lived days.

Then again, there is a certain logic to taking it One Day at a Time. Just ask the good folks behind The School of Life, who’ve put that logic into its own proper perspective. And in so doing they’ve shown much of that logic is borne of sheer necessity.

One Day at a Time According to the School of Life

We speak of the School of Life’s brilliant filmed-essay Taking it One Day at a Time. The clip premiered back in 2019, but like the practice itself, it hasn’t lost a sliver of its worthiness. If anything, the seven-minute-and-twenty-nine-second enlightener further proves that worthiness. It also proves that practicing the practice can indeed lead to perfection.

And boy, do these Schoolers know how to spin a story. “Taking it” uses three rather extreme scenarios to affirm and re-affirm its salient point. Then it cements that point with a scenario that out-extremes them all.

We speak of Vincent Van Gogh. Specifically, the painter’s “Still Life: Vase with Irises Against a Yellow Background (1890).” it’s not often we hear Van Gogh’s name used in conjunction with One Day at a Time. It’s even less often that such tragedy is employed to make the point about the practice. But here The School of Life pulls off both moves with applaudable aplomb. In fact, we’re still standing at ovation from the essay’s poignant summation.

Van Gogh’s “Vase with Irises” is no sentimental study of a common flower: it is the work of a pivotal figure in Western culture struggling to make it to the end of the day without doing himself in – and clinging on, very tightly indeed, with the hands of a genius, to a reason to live.

Summations don’t get much more brilliantly succinct than that. And by pointing out that the master wasn’t at his most masterful until he stopped an smelled the Irises, they make a pitch-perfect point about the immense possibilities inherent in living One Day at a Time.

Don’t simply take out word for it though – watch the clip itself. Then head on over to The School of Life for even more entertaining edification!

Healing Properties naturally applauds the practice of living One Day at a Time. Then again, we’re a 12-Step centered sober home that’s built on day-by-day sobriety. But since we’ve been at the practice since 2002, we’ve learned a thing or two about its importance. In fact, we’ve learned the practice serves as the foundation for true sobriety, as well as that all-important well-lived life. And yes, we learned it that very first day.

And we’ve been re-affirming that lesson ever since. Like the brights that founded Alcoholics Anonymous, we begin anew each day. Oh, we don’t forget our yesterdays. And we most certainly don’t whitewash them out of existence. Yet we don’t allow them to trouble us anymore either. Not if we can help it. And those tomorrows? Well, we deal with them when the thresholds appear beneath our feet.

Is it always easy? Of course not. But it does always prove to be positive. Even if that’s simply by keeping us grounded to the now.

Actually, staying grounded to the now is one of One Day at a Time’s most promising attributes. It’s what gave Van Gogh his Irises. And it’s also what gives each day it’s meaning.

How about you? Are you seeking a well-lived life? Has alcohol and/or drugs led you to wanting to do things differently this New Year? Well, then please give us a ring. Again, we’ve been helping men do the deal since 2002. That’s thousands and thousands of men who began in just the same manner. And who then went on to create Irises of their very own.