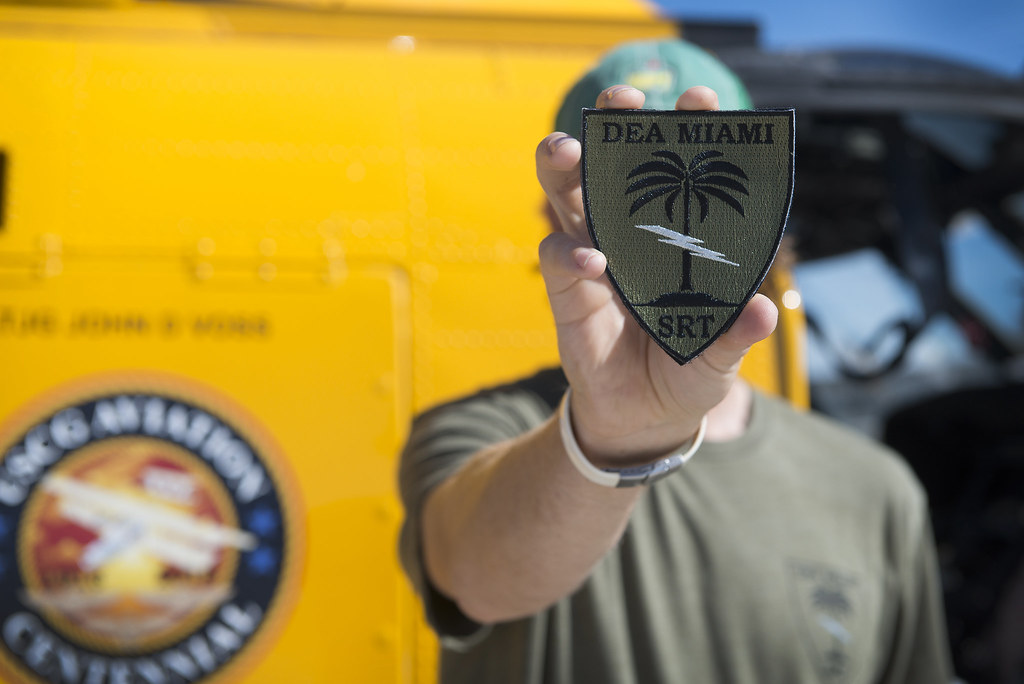 The Drug War is a Game Says Ex-DEA Agent

The DEA’s Jose Irizarry fought the Drug War more like a player than a soldier, partying on yachts in Cartagena, at strip joints in Santo Domingo and in four star restaurants in Madrid. He’d often hit a city when tennis champ Rafael Nadal would be on the court or soccer faves Real Madrid would be on the pitch. And he always made sure to grab the most expensive seats. In fact, Irizarry’s jet-setting made it look as if he himself was one of the Cartel kingpins the Agency targets. It turns out, he was.

That’s right. DEA Agent Jose Irizarry did end up becoming a target of the DEA. He also ended up being sentenced to a dozen years in federal prison. But some say Irizarry got off rather easy. Because not only did the undercover agent pocket millions and millions of government dollars, he lined the pockets of colleagues and criminals alike. And by the time all was said and undone, Irizarry would become the most corrupt agent in U.S. Drug Enforcement Administration history.

Seems being the face of corruption is a rather sad and lonely existence. So the disgraced ex-DEA agent is now crying for some company. Worse, he’s done it through the Associated Press. Maybe the tactic will help mitigate matters; maybe even help Irizarry feel better about himself. Who knows? The only certainty is that the media play will give his sobs the furthest reach. But just because Irizarry’s AP interview appears in at least a dozen different outlets, doesn’t mean his accusations should be able to escape real scrutiny. It also doesn’t mean we should believe his tears either.

That begs the question, is Irizarry really a casualty of the Drug War? Did the drugs and the money and the liquor and the girls cause him to become corrupt or was joining the DEA just a way to get to the goodies he craved? After all, everyone can be tempted. But very few folks allow temptation to propel them to corruption’s upper ranks. Even fewer folks corrupt themselves up to Number One.

Irizarry could have had making mad money on his mind all along. He began his career at the Transportation and Security Administration (TSA); then segued into a post with U.S. Customs and Border Protection (CBP). And while neither Air Marshals nor Border Agents are particularly known for making a fast buck, both can help ease the way through the DEA’s vigorous vetting process.

It most definitely helped Irizarry. The AP says he was hired by the drug-fighting Feds despite a history of bankruptcy and a debt-load totaling almost half a million dollars. It also says nobody seemed to care that the polygraph test he took during the so-called screening process indicated signs of deception.

A Case of Bad Character

Did Irizarry have his sights set on the DEA all along? Or did he enlist only after finding a shortage of illicit opportunities at the CBP? Both theories makes perfect sense, especially considering the extent of Irizarry’s corruption.

Both make even more sense considering Irizarry’s prison eve attempt to malign so many people. Blaming others for your misdeeds is hardly the mark of good character. Playing the blame game on such a wide platform only mars the blamer’s name even more. Unfortunately, Irizarry’s actions didn’t just confirm his own bad character, but they also cast aspersions on others, near and far alike. That adds up to a whole lot of people in a whole lot of places. Remember, Irizarry’s extensive blaming appeared wherever we find the AP. And the AP appears everywhere.

That means everyone everywhere got to hear Irizarry implicate just about anyone who ever crossed his crooked path. A rookie agent looking to the experienced Irizarry for guidance? Implicated. An fast-rising supervisor seeking an in-person progress report? Implicated too. Irizarry even implicated his former partner, as well as the NYC cops who so generously took the then new agent under their wings and taught him the tricks of the trade.

Oddest among all the implications though has got to be Diego Marín, who apparently was expert at playing both sides of the law. The AP Report says the longtime U.S. informant allegedly laundered dope money through imported appliances and was so adept at his craft that investigators called him Colombia’s “Contraband King.” Irizarry himself claims Marín taught him how to navigate the black-market peso exchange favored by the world’s narcotraffickers. It’s highly likely that the Contraband King also taught the DEA Agent how to get away with playing both sides of the law.

True or not, Irizarry again implies that he was taught how to be bad, and here by one of the bad guys forced upon him by the DEA. If he’s not looking for some kind of sympathy – or at least for people to see him in a more sympathetic light – then why mention Marín? It’s not as if authorities weren’t already aware of his misdeeds.

In fact, why do the interview at all? You did what you did and got caught. Now you’re going away. Why not go away quietly?

Irizarry not only isn’t a legitimate casualty of the Drug War, but it’s not even clear that he was a soldier. If so, he was a soldier who seemed to have his sights set on the booty rather than the fight.

“It was mostly about drinking and girls,” he told the AP. “And then we sprinkled in a couple of work things in there … It was more of a party first, work second type of deal.”

So this wasn’t an occasional dereliction of duty; it was chronic. In fact, Irizarry claims as many as 90 percent of his group’s work trips were “bogus.”

By group he means “Team America,” which is the superhero-like tag Irizarry and his fellow Agents stuck on themselves. None of the higher ups complained though. Because Team America was apparently racking in impressive numbers.

The Answer is Clear

Authorities now admit that there weren’t sufficient safeguards in place. That it was too easy for money to disappear. But when millions did begin to fall by the wayside, they took immediate action. And Irizarry’s 12 year sentence is testament to that fact.

But the Inspector General found insufficient safeguards way back in 2006 and Irizarry’s case only dates back to 2017. More importantly, Irizarry filed for personal bankruptcy protection back in 2010. So why weren’t red flags raised then?

The DEA will argue that the former Agent pleaded guilty to and was sentenced for every count in his 19 count indictment, including conspiracy to commit money laundering, as well as honest services wire fraud, bank fraud, and aggravated identity theft. But how was he able to siphon off $9 million before getting caught?

The answer is as easy as it is clear. Irizarry was a player not a soldier, and the Drug War really isn’t a war at all. It’s a game. Irizarry and his pals aren’t the first ones to have had a lot of fun playing. They definitely won’t be the last.

You Want a Casualty?

A casualty is the mother who had her child taken away by the court because a judge gave her a year for possession; the father who is denied visitation because he’s in a MAT program; the couple who can’t adopt because one of them got caught with pills when they were in college; the family who have been torn apart by addiction.

You get the idea. The War on Drugs might be a game to those who opt in, but it’s a never-ending battle for everyone else. And until it’s brought to an end, casualties are only going to increase.

The only way to end this war though is to take money out of the equation, and the only way to do that is to stop buying drugs. That means sobriety, dig? The one sure fire protection from becoming a casualty in the Drug War.

Whatcha think? Are you on the front lines? Well, then give us a ring and we’ll help bring you back.