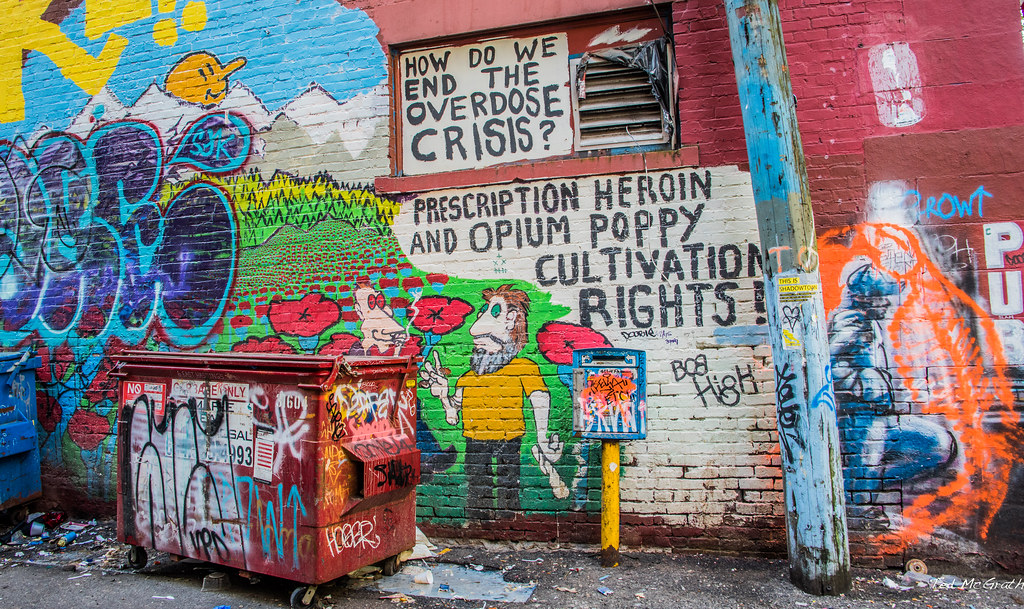 We the People Offer Prescriptions for Opioids

We don’t know whether Emerson, Longfellow and the like had opioids in mind when they founded The Atlantic. We do know though that the group was keenly intent on covering the most urgent issues of the American day. Considering opioids have been killing over 200 Americans on each and every one of those days for the past two or three years, they’d most certainly approve of staff writer Conor Friedersdorf tackling the topic.

It’s a cinch those go-getters would approve of the manner Friedersdorf has chosen to tackle the topic too. See, the opioid crisis has already generated a good thousand words per fatality, easy, and yet we’re nowhere near a solution. So rather than spill another couple-few thousand words on the heavily-trodden topic, Friedersdorf reached out to his readers to hear what they had to say. And what came back was enough insight, recommendation, poignance and criticism to rival a top shelf think tank – if, that is, the think tank had nothing to lose by being absolutely honest.

Up for Debate: The Opioids Edition

The exchange took places under the auspicious of Friedersdorf’s Up for Debate, a weekly column where he tasks his readers with answering the given day’s burning questions. To be fair, this session’s questions were “What should be done about fentanyl?” and “Has it affected your family or community?” The results however were titled “11 Readers on How to Solve the Opioid Crisis”.

And boy did these 11 readers deliver. Judy shared the tragedy of losing her youngest son to an overdose of fentanyl-laced heroin. The son, who was 26, had just passed the bar exam. So he was set to become a practicing attorney. Judy said she had no idea her son was using opioids. It seems the son didn’t know much about using drugs himself. Because Mom found a text exchange where he somewhat cluelessly asks his girlfriend about the contents of a plastic baggie found on the floor of his truck. The girlfriend, who was reportedly in recovery, couched her reply in slang, so Judy couldn’t quite decipher the answer. Consequently, she’ll probably never know the full details of her youngest son’s death.

The paragraph is heartbreaking, from first word to last. So much so, in fact, that we were tempted to stop right there. We’ve all read of the tragedies. Heck, most of us have lived through those tragedies. And after awhile it all just becomes too wearisome. There was something about Judy’s poignance, however, that compelled us to stay the course.

And good that we did too. Because next up was Max, “a recovering addict and ex-felon,” who was “free after three-plus years in federal prison for drug crimes.”

Max is matter of fact about opioids, as well as addiction. He believes fentanyl is on the streets not so much because addicts want to get 100 times higher, but because fentanyl can get 100 times as many addicts high as regular ol’ heroin. Less risk and more profit for the drug dealers. It’s simply a matter of economics.

As for the why, well, we can’t really blame the traffickers – they are only servants to that very long story.

“Until we find a cure for the sad human condition, we will have a drug problem.”

And bam! You’ve got what no army or government (or government army) will ever be able to fix – the sad human condition. Most folks use drugs to self-medicate, and the reasons they’re self-medicating are as numerous as the number of people using drugs. Sure there are a few common themes – loneliness, emptiness, unemployment, and similar depressions – but each user is a variation on their given theme.

In other words, there’s no single fix, let alone a quick one. Even six years “clean,” Max is on a steady regimen of narcotics. In his case it’s buprenorphine, itself another opioid, albeit “a milder, legal one.”

The fentanyl problem exists [because] America’s War on Drugs has imposed a ridiculous, artificial price hike on everything we’ve deemed “illicit,” says Max. it’s “on the same level as the synthetic marijuana problem… here because we forced it to be [here].”

“[P]rohibition [has] created an incentive for the market to come up with something that turned out to be worse.”

Max is right. And surely all those face-eating bath salt zombies would agree. So would the families of a hundred-thousand-plus Americans dead by opioids.

Opioids and Other Drugs

But we know all this. And we have known it pretty much since Nixon launched the War on Drugs. Claire claims illegal drugs are a systemic problem. And those types of problems demand we overhaul the system.

“I would be in favor of decriminalizing all drugs so that consumption can be regulated for safety, and usage can be guided via education or harm-reduction programs,” proposes Claire.

Because “the bureaucracy built around the War on Drugs is incentivized in the opposite direction.”

Sounds simple enough. Though we suspect a whole lot of solid citizen types would disagree with decriminalization. Liquor companies would probably even billboard those disagreements. And we envision legions of NIMBYs from both sides of the aisle who wouldn’t care much for that Harm Reduction idea.

Don’t worry. Friedersdorf isn’t finished. And neither are his readers. Not by a longshot. Melanie’s “loss of a family member colors how she thinks about her work helping children, which she sees as the key to heading off substance-abuse problems.” Marjorie’s chronic and severe pain is being made worse by the current blanket restrictions on opioids. Seventy-nine year-old Marsha blames the DEA, who are now intimidating good honest doctors after decades of allowing the bad to run rampant.

“Has the DEA saved anyone from drug addiction?,” asks Marsha. “Or has it simply made life very difficult for people like me?”

There’s more, of course. And each contribution comes off as considered as the next – and the last. The suggestions are also just as personal. No surprise really, when one considers how personal the opioid problem has become.

That’s why those who care about the issue should really read this column themselves. Not only is there far too much to share in a simple echo, but everyone has their own slant on what may or may not be most important. Yes, we know. The subject of opioids has become exhausting. But here Friedersdorf gets to the heart of the matter by using the head. And in so doing has given us all some things to seriously think about.

How about you? Are you having problems with opioids? Is a friend or a family member? Are you seeking some help? If so, please give Healing Properties a ring. Not only are we a solid, South Florida sober home, but we’re committed to helping folks, whever they may be. So we’d be honored to help get you sorted too.\