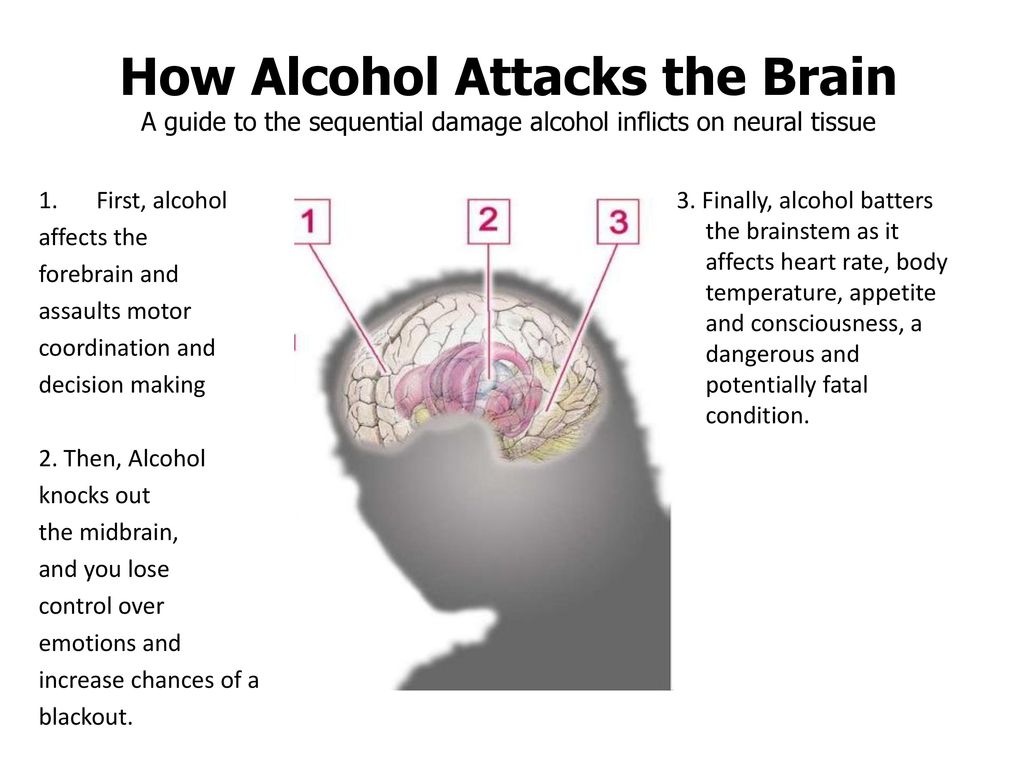 When Alcohol Attacks: That Drink May Shrink Your Brain

Folks always thought alcohol really only harmed those who overdid it in some way or another. You know, drunks or people who got drunk. Consequently both occasional and moderate drinkers were largely given a pass. In fact, an occasional drink was often encouraged, even among some doctors. So was lifelong moderation. Now though the experts are saying we can be harmed by a single solitary daily drink. In other words, alcohol attacks. Period.

That’s what the headline blared anyway. And by blared, we really mean blared. In a font size bigger than the masthead.

One alcoholic drink a day linked with reduced brain size

The subtitle didn’t tone things down either. In fact, it too seemed to out-size the publication’s name.

The research, using a dataset of more than 36,000 adults, revealed that going from one to two drinks a day was associated with changes in the brain equivalent to aging two years. Heavier drinking was linked with an even greater toll.

And we’re not talking about just any publication name here either — we’re talking about Penn Today. That’s right. The official organ of the University of Pennsylvania. Penn, as you know, is one of the eight original Ivy League schools. Historically they’re the most revered of all the country’s nearly 4000 degree-granting post-secondary institutions. Or, as any Human Resources op will tell you, perhaps the most prestigious schools on the planet.

That means when Penn talks, people listen. They listen especially close when Penn talks about a serious study. When said study analyzes data from more than 36,000 adults and concerns one of our more pressing dilemmas, folks listen even closer.

The Penn study’s findings (which were published in the journal Nature Communications) show that alcohol attacks the brain “even at levels most would consider modest.” That’s right. We’re talkin’ “a few beers or glasses of wine a week.” Certainly not an amount that would traditionally alarm people. Worse, when the Penn team analyzed the data culled from those 36,000 adults, they not only “found that light-to-moderate alcohol consumption was associated with reductions in overall brain volume,” but that the reductions were commensurate with the level of that consumption.

“As an example,” reads the Penn Today report, “in 50-year-olds, as average drinking among individuals increases from one alcohol unit (about half a beer) a day to two units (a pint of beer or a glass of wine) there are associated changes in the brain equivalent to aging two years. Going from two to three alcohol units at the same age was like aging three and a half years.”

Now, we’re not clear just how long a person has to drink that daily beer in order to induce those losses, but when a pint and a half a day can subtract three-and-a-half years from your noggin, any length raises concern. It also raises questions about any of alcohol’s previously-mentioned benefits (i.e. for the heart). Heck, these new findings even raise questions with recommendations issued by the National Institute on Alcohol Abuse and Alcoholism itself!

“These findings contrast with scientific and governmental guidelines on safe drinking limits,” says Henry Kranzler, who directs the Penn Center for Studies of Addiction. “For example, although the NIAAA recommends that women consume an average of no more than one drink per day, recommended limits for men are twice that.” And, as Team Penn found, twice that would be doubly detrimental.

To be fair, Team Penn suggests that the disparity can be attributed to a difference in study size.

Earlier investigations “lacked the power of large datasets,” reads the report. They specifically lacked the power to be had from UK Biobank, “a dataset with genetic and medical information from half a million British middle-aged and older adults.” Not so Team Penn, who not only culled from UK Biobank’s massive dataset, but had members with experience crunching those extraordinary numbers.

Speaking of Team Penn, here are the names, positions and affiliations of the study’s core four:

Daviet was the paper’s first author, and Wetherill, Nave, and Daviet were co-corresponding authors. Other coauthors were Kanchana Jagannathan, Nathaniel Spilka, and Henry R. Kranzler (all of Penn’s Perelman School of Medicine); Gökhan Aydogan of the University of Zurich; and Philipp D. Koellinger of the University of Wisconsin-Madison.

We should also mention, as did Penn Today, that the study was supported by the European Research Council (Grant 647648), the National Science Foundation (Grant 1942917),the National Institute on Alcohol Abuse and Alcoholism (Grant AA023894), and the Mental Illness Research, Education, and Clinical Center at the Crescenz VA Medical Center.

Can you imagine taking a spoon, shoving it into your ear and scooping out two or three years of brain life?

Yet, apparently that’s just what happens when you kick back with a couple beers or glasses of wine each day. We don’t even want to imagine how many years we’d lose from two or three daily shots, mixed with something or not. We can though surmise a way to fight alcohol attacks. In fact, we’ve got a way that’s about as clear as the above-mentioned headline:

It really is as simple as that.

Healing Properties is of course on a sobriety tip. Consequently our scooping days are long gone. We’ve got a lot of friends though who still see liquor like it comes in 33 Flavors. Sure, they know the stuff is harming them. We know it’s harming them too. Now however it seems to be harming them even more than any of us knew.

Okay, so we may have suspected something severe was amiss. Then again, we did dig into the UK Biobank last May, right after The Guardian reported on a study conducted by the University of Oxford’s Anya Topiwala. That study culled UK Biobank data from 25,000 participants. And it discovered similar saps to every alcohol-tapped brain.

Nevertheless, Team Penn’s study unequivocally proves the point in an even more comprehensive manner. Yes, that drink you’re thinking about will end up wiping away your thought process.

Perhaps now’s the time to simply perish the thought.

Healing Properties salutes Daviet, Wetherill, Nave and Kranzler, as well as the Penn Center for Studies of Addiction and the Perelman School of Medicine. We also salute UK Biobank. The ace investigator/researchers’ undue diligence and data’s beautiful bounty have combined to make us better people, singularly and collectively. Now it’s up to us to wisely apply the findings. It’s also up to use to more wisely apply ourselves.

What about you? Still suffering from alcohol attacks? Seeking to stop ’em once and for all? It’s possible, you know. In fact, it’s even likely. Quite likely. If you wisely apply yourself. So, give us a ring. We’ll sort you out. And you can save your brain while you’re at it. Wouldn’t that be awesome?