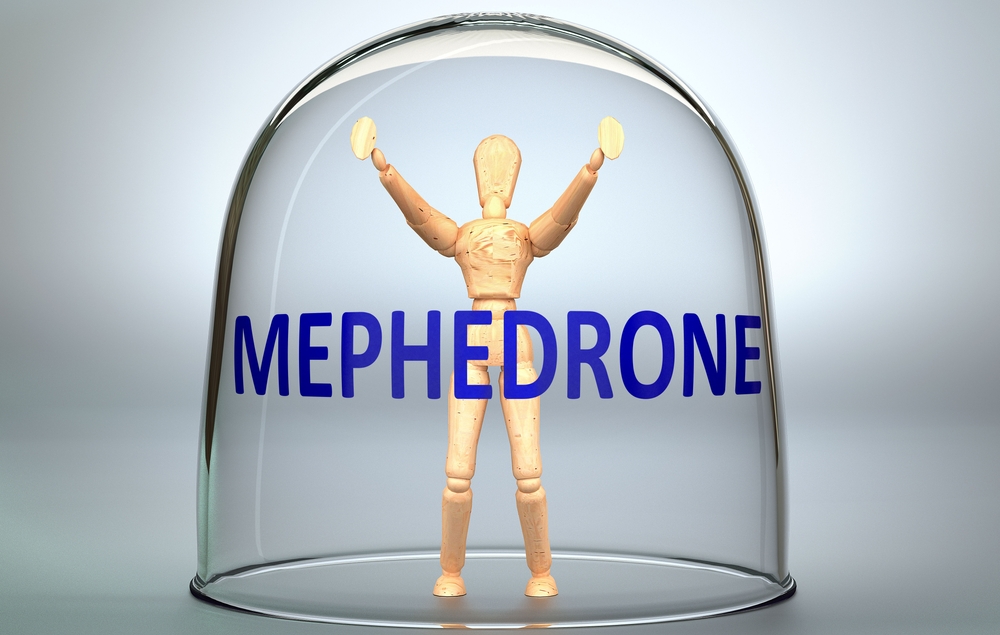 When Cat Piss Drug M-CAT Had the World Purring

Once upon another time, long before the Silk Road became the Dark Web, an over-the-counter powder went out over the internet. It was the new new thing as far as drugs were concerned – a powerful stimulant, as well as an aphrodisiac – and it could be picked up for lunch money. Better yet, it would be delivered to your house. That drug was mephedrone aka M-CAT, Drone or Meow Meow. And it changed the way the world did drugs.

It also smelled godawful. M-CAT didn’t get its purry nicknames because it was cute. It got ’em because the drug smelled like cat piss. Worse, it made the user smell like cat piss too. That left a whole lot of young folks trying to boff each other for nights on end while smelling like a veritable litter box.

We got reminded of M-CAT’s crazy reign via Vice’s comprehensively keen The War on Drugs. In this particular case, it was Vice UK EIC Jamie Clifton‘s The Drug That Makes You Reek of Cat Piss.

M-Cat originally sold as plant food in the UK and bath salts in the States. And not just in gas stations or corner stores either. Like we said above, it sold online. That’s right. A kid could simply log on, enter a few digits, and two days later blow their face off in an early day chemsex rage. That didn’t matter if they lived in the U.S. or the UK or somewhere far, far away.

“M-Cat enjoyed this live fast/die young lifestyle wherever it went,” says Clifton. “From Israel to Sweden, Estonia to Singapore, China to Germany, Russia to the U.S., its popularity briefly exploded before authorities rushed to outlaw it.”

But that’s all it took to introduce an entire generation to the wonders of buying drugs online.

The price was right too. At the time a nice bag of M-CAT didn’t cost more than a fast food burger or two. Add its potency to the mix, and, well, you’ve got a recipe for real success.

“Chemically it worked, financially it was really affordable and culturally it was the right time.” says Clifton.

And how! Students, clubbers and rural teenagers raged through pubs, clubs and house parties all across the UK. University towns became hotbeds for early chemsex hookups. Users would feed it to each other by the spoonful. Nobody cared about spilling any. It was that cheap. And that plentiful. There was more than enough for everyone.

The tabloids of course went nuts. Outright “Meow Meow” hysteria. Especially in the UK. In fact, one erroneous report said a M-CAT-crazed man had actually ripped off two of his unmentionables along with the package they came in.

The authorities quickly had enough. How dare people tear off their private parts?

“In April 2010 this cat piss utopia was cut down in its prime,” mock laments Clifton. But not before M-CAT had become MixMag’s 4th Most Popular Drug for the year.

We were going to say drug users never looked back. In essence they haven’t. After all, newer, much more potent drugs have long since taken mephedrone’s place. But then we came across James Berry’s 2019 M-CAT Flashback on Vice and, well, we couldn’t resist.

“There were some students in my year who’d already experimented with cocaine, ketamine, or MDMA during their gap year or during the summer vacation before college,” remembers Berry, reliving his halcyon college days. “They saw drone as further harmless experimentation. But there were those of us like me who had never ventured beyond alcohol or weed before, who were quickly tempted to try drone because it was both legal and so readily available. This incubated a soaring demand for the new party drug.”

And that’s of course just how it starts too. We don’t know about Berry, but those kinds of early day drug binges are dangerous. Forget STDs and unwanted pregnancies (if you can); we’re talkin’ mindset. Those all night rages can wreak havoc on a kid’s constitution. And though the majority of students snap out of it (thank Zeus!), a good number do not. For them, the party doesn’t stop until the handcuffs come on – or their 30s come around. Some don’t even stop then.

It’s really easy to forget the importance of morning when your night never ends.

But we digress. Or do we? Like every other drug moment, M-CAT’s came as a result of some far-flung interventions. And just as before (and since), those interventions came from countries themselves, who continue to lose the War on Drugs in ever more detrimental ways. Then it was Cambodia (really), with a little help from Colombia and the UK.

Oddly, [mephedrone’s moment] happened as the result of a ripple effect generated by distant forces on the other side of the world. In June of 2008, the Cambodian government found and destroyed 33 tons of safrole, a key ingredient in MDMA, which strangled global production. So much so that, by 2009, most ecstasy pills in the UK contained zero MDMA, and instead were packed with a less enjoyable synthetic stimulant, BZP. At the same time, cocaine supply into the UK also thinned, and purity nosedived. Enter mephedrone, a super cheap cathinone that colonized the gap in the market. Unlike its illegal, expensive rivals, mephedrone not only got people high, but was totally legal and could be ordered online, disguised as “plant food” in the UK and “bath salts” in the US. It was an opportunity for thousands of British teenagers, college students, and clubbers grabbed with both hands.

Yep, the powers that be inadvertently unleashed a monster. It wasn’t the first time. And it sure wouldn’t be the last. Nor the worst. In fact, the world’s fentanyl crisis is proving this ridiculous War can make things much, much worse.

So can the fact that Snapchat has become a current favorite among both drug dealers and users alike. And why wouldn’t it be? Quick, convenient and basically anonymous, drugs via Snapchat gets the deal done without much muss or much fuss.

It also traces back to M-CAT. We wrote up the current Snapchat phenomenon back in February. Things don’t seem to have gotten much better since. If anything, they’ve gotten worse. Much worse.

That’s not for lack of trying though. The DEA’s One Pill Can Kill Campaign directly addresses social media drug dealing. It also addresses its deadliness. Because rest-assured, this latest new new thing is indeed deadly. See those candy colored pain pills bought and sold on Snapchat share nothing but a name with those that come via prescription. They do contain fentanyl though. In fact, four out of five pills contain four or five times the amount it will take to kill you.

Oh, what a tangled web we weave. M-CAT and Flakka begat the Dark Web. And that, in turn, begat drug dealing via Facebook and Snapchat. The Dark Web’s Ross Ulbricht got two life sentences plus 40 years (without parole of course). He also fined $183 million for good measure. Do you think Facebook’s Mark Zuckerberg or Snap’s Evan Spiegel will ever be held even close to that accountable? Sure their platforms were hijacked, but they are their platforms. And they’re putting drugs in the hands of literal children. The Dark Web was at least geared for adults.

That’s another subject of course. And certainly not one we’re equipped to handle here. We do know though that things have become tangled up in knots though. And that those knots are securing more and more nooses. We also know that if someone doesn’t do something soon, those nooses will be around more and more necks. That’s inexcusable.

There’s no reason why billion dollar companies can’t design and implement safeguards. Sure, folks find workarounds – that happens in every industry. But it’s a platform’s job to stop them. It’s also their duty.

How about you? Have you fallen afoul of fake pain pills? Some other drug got you down? Alcohol? There’s help, you know. Good help. The kind of help that actually works those wonders you hear so much about. We’d like to help you get it too. Give us a ring. Please. No matter where you are, or what your specific issue happens to be. We’ll get you sorted. Why? Because we’re Healing Properties. And for the past 20 years, that’s just what we do.