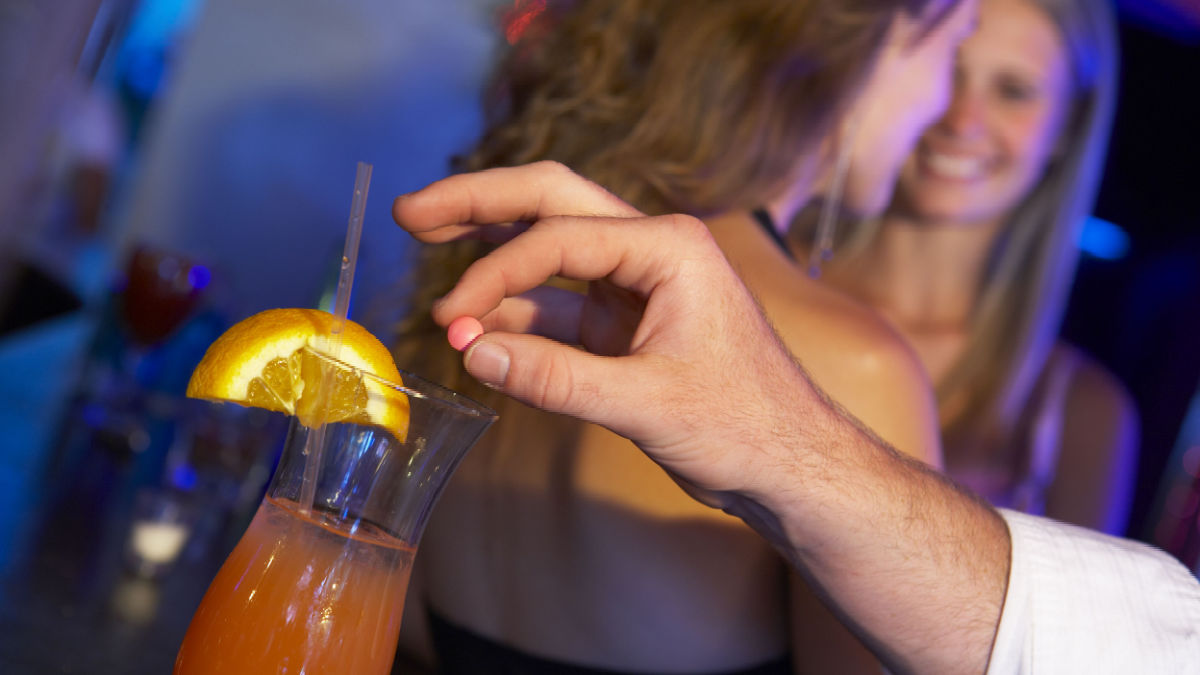 Last August, citizens of West Hollywood received word that the city was to begin distributing date rape drug test kits. It was some very good news. Popular too. It must have been. Because in short order more than 200 businesses had signed up to receive the test kits.

The kits were about the size of a man’s wallet and they were designed to detect predator-class drugs such as GHB and ketamine.

Unfortunately, we couldn’t find another city in the entire country that was also distributing date rape drug test kits.

Not a single one.

How about campuses? Glad you asked. Especially since campuses have in many ways been Ground Zero for sexual assaults. You’d think campuses would all be eager to distribute date rape drug test kits. Well, that thought would be wrong.

We found just four – count ‘em – colleges and universities that had distributed either strips, coasters and/or kits – one in Jacksonville, Florida (University of North Florida), one in Charleston, Illinois (Eastern Illinois University), one in Alburquerque, New Mexico (University of New Mexico), and one in British Columbia’s Kootenay region (Selkirk College).

While we’re heartened to see the campuses are in nearly every region of North America, we’re aghast at the paucity of their numbers. What’s worse, the UNF and Selkirk efforts date back to 2018, and, as far as we know, UNM hasn’t been on this case since 2019. (At press time, we don’t know whether or not those efforts continued beyond the initial campaign.)

The most recent date rape drug testing campaign was back in March, when the Eastern Illinois University Student Senate passed a bill to finance the distribution of 500 date rape drug test kits and 100 drug test coasters. That effort, which was covered by Katja Benz in the Daily Eastern News,  came in advance of Sexual Assault Awareness Month. It also found kits and coasters made available in a variety of campus locations.

Speaking of pro-active students, three current University of North Carolina students had no luck tracking down date rape drug test kits after a friend’s drink had been spiked. The three – Tanner Stutts, Edda Yamada and Gavin George – hit the campus pharmacy, as well as the Campus Health office, and came up empty both times. In fact, the students couldn’t find test kits or coasters anywhere around.

What did they do? Why, they did just what every conscientious member of a community is supposed to do. They decided to remedy the situation. And the three put together a group called Students Against Date Rape to do just that.

The coalition “aims to get UNC to provide rape-preventative measures, such as drink testing kits, free of charge to students,” wrote Zoe Frederick in The Daily Tar Heel. To that end, “the group passes out slips of paper that read “Stop Date Rape” and include a QR code that links to [a] petition.” At press time that petition had 1400 signatures.

Unfortunately, the initiative is receiving some rather significant blowback, as well as what Stutts called “violent apathy.”

“What I can say is that I’ve just been frustrated noticing that it was mostly pretty much just females who were accepting the flyers and scanning them when we offered them, and there were a lot of guys that kind of just kept walking,” Yamada said, “As a female, I found that pretty disturbing.”

If something’s to be done about date rape on campus, of course, the group is going to “need everyone’s help, not just one part of UNC’s population.”

That includes Chancellor Kevin Guskiewicz, who thus far hasn’t even replied to the coalition’s emails, let alone agreed to meet with the group. A fact they find both “inappropriate and unprofessional.”

But, says Stutts, “this isn’t over until we get what we need.”

One gets the distinct impression Stutts mean what he says.

As Andrew reports – and RAINN makes clear – “college-aged women are as much as four times more susceptible to sexual violence than women of all ages.” That makes it all the more essential to get these kits out to campuses.

In UNM’s case, it was coasters rather than kits, which UNM’s Campus Office of Substance Abuse Prevention (COSAP) obtained from an outfit called Drink Smart. The coasters tested for GHB and ketamine, two of the most popular drugs among the predator class. Testing takes but a drop on a dot. Well, two drops and two dots, one for each drug. If said drop causes one of said dots to turn blue, the drink has been spiked. Student fees covered the cost of the coasters. That, in turn, enabled the University to make them available free of charge.

That the expense was even an issue is on its face ridiculous, though Healing Properties does applaud COSAP for getting the job done. Again though, that was back in 2019 and we don’t know whether or not the campaign continued or was even ever heard of after that initial push.

Perhaps it’s the difficulty of quantifying the subject which makes the subject so difficult to address. Back in ‘19, Andrew turned to the Bureau of Justice Statistics to find out what’s what.

Here’s some of what was discovered:

The U.S. Department of Justice conducted (and the BJS published) a campus climate survey of nine public, private and community colleges and universities. In that survey, the DOJ “found as many as 51% of women said they’d been sexually assaulted or raped by their senior year.”

“The use of date-rape drugs in sexual assault is even harder to prove,” continued Andrew, citing an Alcohol.org survey which found that 56% or women and 44% of men said they’d had drinks spiked without their knowledge. Even more astonishingly, nearly 40% of those respondents claimed it happened more than once.

Almost half of those folks though didn’t know what drug had been used. Then again, the Society of Forensic Toxicologists said predators use as many as 100 different drugs, most of which are as colorless as they are odorless. Those drugs of course also easily dissolve into liquid.

RAINN says date rape drugs can leave the body within 12 to 72 hours after. That’s why the organization recommends victims immediately get to a hospital for a forensic examination.

Since predators seems to be lurking everywhere there’s a campus or a nightclub, date rape drug test kits should be increasingly easy to find, right? Wrong. We haven’t found a campus other than UNC or a city other than West Hollywood that’s even considering such an essential service, let alone providing one. And UNC is still in the student initiative phase.

So where do students and clubbers go if they want date rape drug test kits? Well, right now, West Hollywood. The only other option seems to be online. We spotted a variety of web-based outlets with drug-testing kits, coasters and strips. Other than that however, folks are still pretty much on their own.

The Rise of Fentanyl Testing

Thankfully, that’s not the case with fentanyl. Most campuses and municipalities seem to be enacting some kind of fentanyl test strip protocols, be they via vending machines or more focused Harm Reduction campaigns. Unfortunately, it took over a hundred thousand overdose deaths to get to this point. Nevertheless, fentanyl testing is finally being made widely available.

Why not include date rape drug testing while we’re at it?

Nobody knows how many sexual assaults there have been in the twenty or so years since the subject was widely raised. Heck, were unsure of even how many assaults there have been in the last 12 months. It could be a thousand. It could be a hundred thousand. If including date rape drug testing materiel in with the fentanyl kits would reduce those numbers, why not try it?

Why not indeed. Whatever the number of drug date rapes, it’s one too many. And somebody needs to step up and stop it. Whether that’s the state or the stakeholders, the schools or the students. Maybe we need a combination of all of the above and then some. Whatever. Whichever. Whomever. Someone’s got to step up. Widespread fentanyl test strip distribution means the network is being put into place. How ‘bout we use this network accordingly.

Do you have any thoughts on date rape drug test kits? How about the new fentanyl testing initiatives? If so, we’d luv to hear them. Really. So please Comment below. And remember, if you or someone you care about is suffering from substance use disorder, please give us a ring. We’ll help get you sorted, regardless of substance or location. Why? Because helping people is what we do.