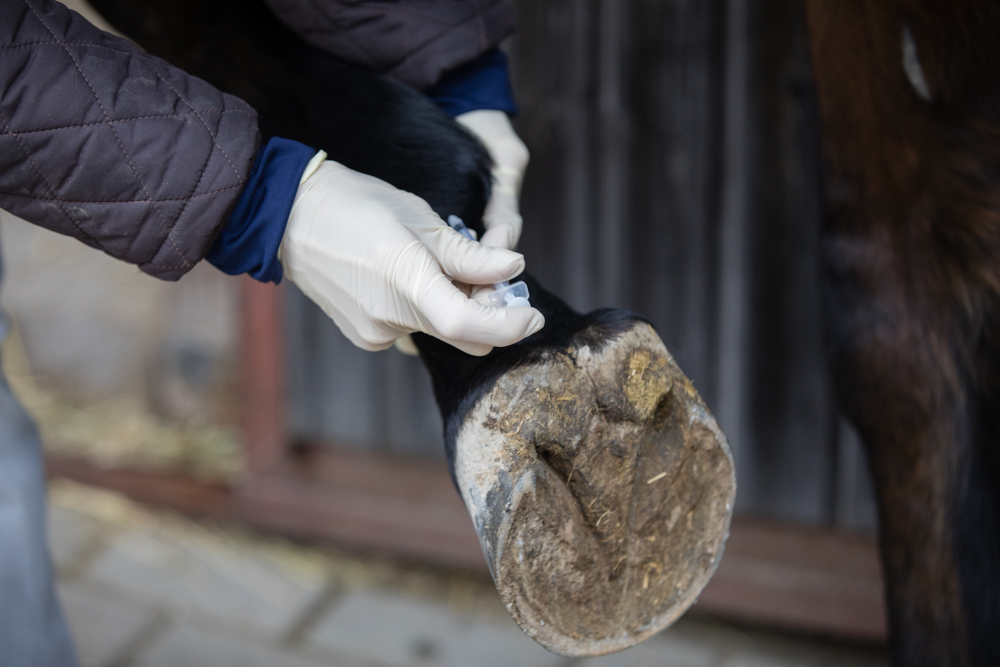 As if fentanyl wasn’t killing enough people. Now the drug dealers are adding yet another poison to their products. The cut? Xylazine. A clonidine-like narcotic that’s used for sedation, anesthesia, muscle relaxation and analgesia (pain relief). But Xylazine isn’t used to help humans; it’s used to treat horses, cattle and other four-legged creatures. It can still kill humans though. With incredible efficiency. In fact, if Xylazine keeps spreading at the current rate, that efficiency will make it more murderous than fentanyl.

Okay, so that may be a bit of a stretch. Fentanyl is still way ahead of the pack. It’s undoubtedly going to stay that way too. Especially if you consider the drug’s potency, as well as the ease in which its illicitly manufactured. But we’ve got naloxone when things go bad with fentanyl. Xylazine has no such antidote. Consequently, a little too much quite likely will be just enough to kill you.

The Rise of Xylazine

We got the goods from Healio editor Janel Miller. One of her most recent reports found that the percentage of xylazine-related fatal overdose cases in Philadelphia rose from 2% to 31% during the 10-year period ending in 2019. Miller culled her findings from Injury Prevention, the official journal of The Society for Advancement of Violence and Injury Research (SAVIR), so there’s absolutely no doubt about their accuracy.

There’s also absolutely no doubt about what those findings mean — to Philadelphia (the city’s Medical Examiner’s Office provided the data), as well as to the country at large.

SAVIR’s researchers found that from 2010 through 2015, the level of xylazine-related fatal overdose cases stayed steady at 2%. Things started to change in 2016. In fact, the percentage first quintupled (11% and 10% in 2016 and 2017), then nearly doubled again (18% in 2018), then nearly doubled again, ending with an astonishing 15x rise in 2019 (31%). We definitely are not looking forward to the latest figures, especially considering the concurrent spike of Covid-related overdose deaths.

Even more astonishing, each and every overdose death also included fentanyl. Whether dealers are first adding adding xylazine to the fentanyl or adding it to the fentanyl-laced product isn’t entirely clear. Philadelphia Department of Public Health substance use epidemiologist Jewell Johnson told Miller that the killer additive is known on the streets as “tranq,” and that when mixed with heroin or fentanyl it’s called “tranq dope.” Johnson also said it’s been popular among drug abusers in Puerto Rico since the early 2000s.

The Threat is Real

Now the dreaded horse tranquilizer is rapidly making its way across the continental United States. A quick look at Google News shows deadly reports from Upstate New York (Rochester First’s Eriketa Cost), North Central Pennsylvania (NorthCentralPa.com), across Connecticut (Bailey Prete at WTIC FOX61) and into Michigan (Wayne State University School of Medicine). In fact, that last blast was sparked by the Michigan Poison Center itself. It’s a sure sign of how alarmed Americans are becoming, as well as how seriously authorities are taking the threat.

Again, Narcan doesn’t work on xylazine. So once too much enters the system, all bets are pretty much off. Worse, most jurisdictions don’t even routinely test for the drug, so many polydrug overdoses are going only half counted — and half noticed. There is a test for the drug itself though — a rather comprehensive toxicology screen known as gas chromatography-mass spectrometry — but it’s not even close to being widely available.

Rochester First reporter Eriketa Cost got with Riverside Veterinary Hospital‘s Dr. Kirsten Mueller and discovered that humans are a little late to this animal tranquilizer’s table.

“We use it less commonly than we used to,” said the vet, “because there are safer choices in the same class of drugs as Xylazine.”

She also says “to imagine the effect this [drug] has on humans – it’s terrifying.”

And it’s not even controlled. ‘Most sedatives require paperwork and a license, but not this one.’

Healing Properties has few ideas about how to respond to this deadly new development. In fact, we’ve really only one idea. Yes, you guessed it, that’s to forsake all drugs. Forever. Fentanyl was already too much risk. But at least there was Narcan. Xylazine offers no such safety net. That it’s also almost impossible to test for makes it infinitely worse. Remember this is an animal tranquilizer. It’s designed to treat creatures the size of four or five humans. It’s also designed to treat creatures with completely different physiologies. So putting it inside your body spells nothing but high risk.

We do thank all of the above for spreading the word though. The more folks hear about Xylazine, the less chance they’ll die. And right now it appears we’re on the wrong side of that equation. If you’re doing drugs, please be mindful. Better yet, please get help. It’s really the only way you can be sure to be safe.