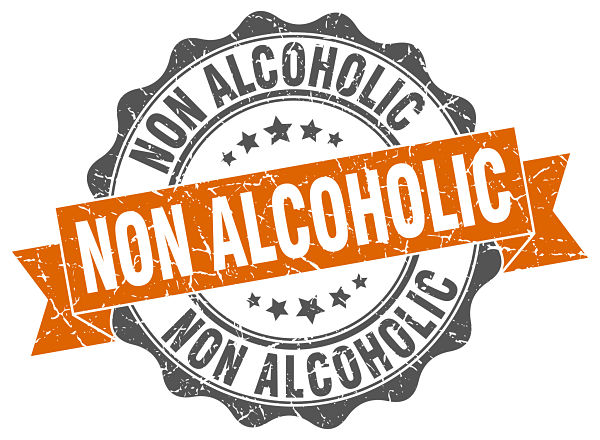 The Non-Alcoholic Industry is growing at an impressively steady rate. It’s expected to keep impressively growing too. In fact, some estimates say the segment could grow by as much as 8.9% annually through 2028. Other wide-eyed analysts predict it’ll grow even further than that.

The hullabaloo has of course not gone unnoticed by us. Heck, barely a week goes by when we’re not citing one new on-alcoholic concern or another. There was the zero-proof beer brigade. Then there was the onslaught of non-alcoholic bottle shops. Before those there was our rave about Denver’s Awake Sober Bar. And that got people so enthused we went back and interviewed the sober bar’s owners.

Now we’re proud to add to the list two nifty new sober bars, as well as another two nifty new non-alcoholic bottle shops. And don’t fret the fact the former are in Austin and Columbus and the latter are in Houston and Pittsburgh. Because the way this new take on an old industry is expanding, there’s bound to be a suitable addition or two to your town soon. In the meantime, we’ve provided the lowdown on an online non-alcoholic bottle shop.

Blame the pandemic. Because that’s what prompted long-time alcohol consultant Danny Frounfelkner to reassess his alcohol intake. And it was also the pandemic that prompted him and his wife Helenita to open up Sipple.

So goes the Houston Chronicle story written by Abigail Rosenthal anyway. And we’ve got a feeling this is more than a little spot on.

“Sipple’s mission, at least in part, is to make spaces a little more inclusive for the sober community. Beyond its zero-proof bottles, the Frounfelkner’s shop includes a cozy back patio, as well as a tasting area with an iPad of song pairings to go with available drinks where they’ll also host events in the coming months. They are also making plans for subscription boxes and an event they call Sipfest, an alcohol-free music festival.”

See what we mean? The entire summation in a single paragraph. Oh, there’s more of course. (Isn’t there always?) And it comes from Danny Frounfelkner himself. Rosenthal naturally gets that as well.

“It’s something close to me, coming from cutting back drinking myself and then not drinking at all anymore,” Danny said. “I really want to give back to not only the sober community but to all communities—the health community, religious communities, athletes, the pregnant community.”

More to the point perhaps:

“This is here, this is serious,” Danny said. “It’s not a trend, it’s not a fad, this is only the beginning.”

Pittsburgh’s Open Road launched early last year as a pop-up sober bar and bottle shop. And while owner Mel and her gang are no longer currently serving drinks, they are still serving the community. Specifically it’s the Lawrenceville community, which is one of the Steel City’s largest and most bustling riverfront neighborhoods.

The Open Road also operates as a thriving online retail store which offers local delivery, as well as out-of-state shipping. Mel apparently is also one for events — both virtual (when necessary) and onsite (whenever possible). In fact, the last bash found the gang teaming up with the good folks from Erie’s Room 33 Speakeasy for a good new-fashioned Blind Tiger. And if you think naming your non-alcoholic blowout after a Prohibition Era tradition sounds a little crazy, think again. Because the only thing crazy about this 21st Century Blind Tiger was the chatter about how much fun it was for everyone.

Whether you’re sober curious, sober sometimes or sober serious, you’ll find much to like about Austin’s non-alcoholic Sans Bar. You’ll also find yourself on the right side of history.

That’s what owner Chris Marshall believes. And we’re of a mind to believe him.

“We believe history will look back on this movement 20 years from today, and recognize that We revolutionized the wellness and beverage industries, while reshaping higher education and work culture.”

So goes the manifesto-like claim on Sans Bar’s About page, which makes a helluva lot more sense than most 21st century boasts. Now if only the world would all wake up and help to make it true.

If buzz is any indication, The Dry Mill will be taking Columbus by proverbial storm. The sober-bar-to-be’s Facebook page debuted in June and already has nearly 6000 followers. And the two bright minds behind the bright idea have launched a Kickstarter and are already looking for a location central to Downtown.

Those bright minds are David Payne and Colin Thomas, longtime friends with eight years sobriety each. The two also apparently have a gift for spreading the good word. How else to explain being featured by Jill Moorhead in Columbus Monthly?

“[The Dry Mill is] for people who don’t want to be around people under the influence [of alcohol],” says Payne. “They want to see live music, but they don’t want to be bumped into or to have drinks spilled on them.”

“When [Colin and I] both got sober, there wasn’t a place where we could hang out,” he continues. “We’re trying to solve that. We want to create a safe space for people [who choose not to drink] to meet others, make friends and grow relationships.”

With this kind of timing and savvy, we’d say Columbus should be getting ready to have their own sober bar any day now.

Some towns and cities have yet to get their own non-alcoholic bottle shop. But there’s nothing to worry about. For there’s a very reputable online outfit just raring to fill the void;

That outfit is called No & Low. We don’t know where they’re located. Then again, it doesn’t really matter does it? We do know their platform is hosted by Shopify and there’s a bounty of available selections, so they’ve gotta be on it.

Here’s a little more about No & Low, straight from their own FAQ Sheet.

Every product listed on our website is considered non-alcoholic in the USA (less than 0.5% abv). This means that most of our products contain very small traces of alcohol.

While products with absolutely no alcohol are harder to find we do have a few. All of the bottles made by Thomson & Scott (Noughty), NON & Ritual do not contain any alcohol whatsoever. On the products page, scroll to the bottom where it is titled “Good to know” and you will see the exact alcohol percentage for each product.

Head on over to that site if you’d like to discover even more.

Healing Properties applauds what’s becoming a non-alcoholic onslaught, both by bar and by bottle. And we fully believe the trend will be continuing apace for quite some time. How could it be otherwise?

How about you? Could you use a new sober bar or non-alcoholic bottle shop? Are you even ready for such a thing? Would you like to be? This trend isn’t limited to entrepreneurs you know. It doesn’t stop at the doors of the bars or the bottle shop either. In fact, it’ll follow you all the way home. If, that is, you give it a chance. And if you give yourself a chance to revel in its many rewards. All you’ve gotta do is call. Really.