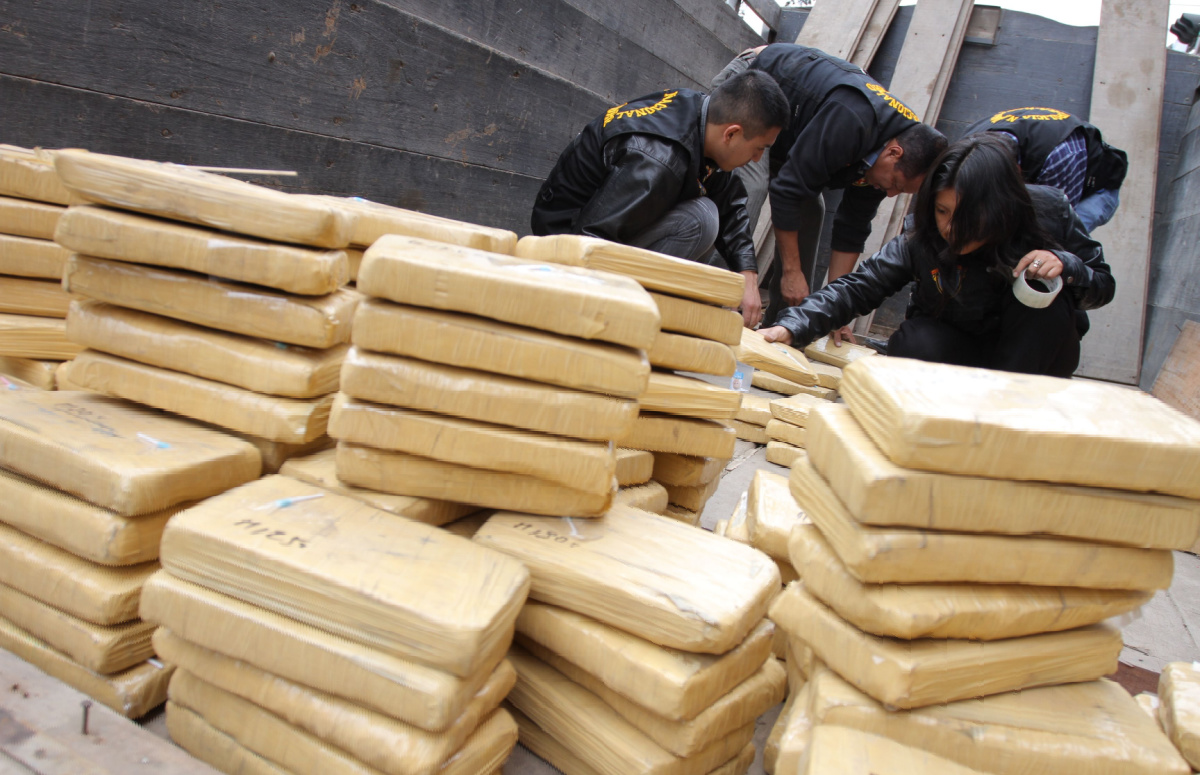 Drug Seizures Are Getting Larger and More Widespread

Another bad week to be a drug dealer. Real bad. No matter where in the world you happen to ply your trade. That includes Bali and Mexico City, as well as Oklahoma. In fact, all three locations recently saw some of the largest drug seizures ever. And that’s saying something, especially in a place like Mexico City.

Then again, we are talking about 600 pounds of meth and 1.6 tons of cocaine, as well as a cornucopia of party drugs. We’re also talking drug dealers looking at some very serious sentences, including death.

Let’s start in Mexico City, where CBS News reports authorities seized 1.6 tons of cocaine. That’s 5,400 pounds of coke. That’s probably enough for an entire city to party on for a night or two. Maybe not Mexico City (after all, the 500 year-old metropolis packs nearly nine million people), but certainly a city the size of say Peoria, where 114,000 could surely go nuts on 5,400 pounds of powder.

As it stands though some of the drugs were meant to stay in the capital (where it would have a reported street value of $20 million), while the rest was slated to hit L.A. (where the street price is roughly double). Whatever the value, the four Colombians arrested in the seizure won’t be seeing any of it. Neither will their bosses back home.

Yep, Mexico City Police Chief Omar Garcia Harfuch said the cocaine apparently was sent to Mexico from Colombia and landed at a port on the Pacific coast of the southern state of Oaxaca. Authorities had been tipped off about the shipment, and were consequently primed for its arrival. So once the two freight trucks hit the road, the chief’s team swooped in for the seizure. Authorities also seized a third escort vehicle.

This wasn’t Chief Garcia Harfuch’s first major run-in of course. Back in 2020 some two dozen gunmen ambushed his armored vehicle on one of Mexico City’s main boulevards. The brazen pre-dawn attack left him with three bullet wounds and his two bodyguards and a bystander dead.

Earlier this month, Mexico City police went up against 14 gunmen who were armed with everything from grenades to a .50 caliber sniper rifle and a machine gun. Not only did the Chief’s officers arrest all suspects, but they also freed two kidnap victims.

On this day though the focus was on what Mexico City Head of Government Claudia Sheinbaum Pardo called a “historic confiscation.”

“Today the Secretary of Civil Security made a historic confiscation of 1,600 kg of cocaine,” read the chief-praising Facebook post. “It’s an example that in Mexico City there is no impunity or complicity.”

Meanwhile in Oklahoma, the Oklahoma Bureau of Narcotics led a multi-agency investigation targeting a drug-trafficking organization that was smuggling in massive quantities of meth from Mexico. According to Oklahoman reporter Jessie Christopher Smith the month-long investigation focused on central and southern Oklahoma and included members from the U.S. Drug Enforcement Administration and Oklahoma Highway Patrol, as well as the Ardmore Police Department.

“The investigation led to search warrants being served at several locations where shipments of meth were being stored upon arrival in Oklahoma,” said Oklahoma Bureau of Narcotics Public Information Officer Mark Woodward.

Those warrants led to drug seizures totaling nearly 600 pounds (or 270 kilograms) of meth. That’s an estimated street value of $3 million. It’s also apparently one of the largest meth seizures in Oklahoma history.

“Being able to get 270 kilos off the streets is no doubt saving lives,” said Woodward, “but we don’t know if all of this is staying in Oklahoma.” Adding, “this obviously could have been trafficked anywhere throughout the United States.”

In addition to the drugs, reported Christopher Smith, authorities seized four firearms and made five arrests. Because the investigation remains active, however, officials would not yet release names or addresses. Woodward said he expects additional arrests as the case develops. He also said meth continues to be “the state’s No. 1 killer”.

“It just doesn’t get the same type of headlines now,” he said, “but when we get all of the autopsy reports from the medical examiner’s office, the drug that is in more autopsy reports than any other drug-related death is meth.” And “groups like this… are directly responsible for these deaths.”

Things are a bit different in the South Pacific, especially in Bali. In the first place, Oklahoma exists between Texas and Kansas rather than Asia and Australia. In the second, Bali is beach country. And beaches generally mean partying to extreme degrees. Consequently, the drugs are going to lean more toward ecstasy and cocaine rather than meth.

Nevertheless it doesn’t seem there will be much of a Bali High this month. Why? Because the Indonesian National Narcotics Agency nabbed three foreigners with 844.6 grams (1.9 pounds) of cocaine. The three also reportedly were in possession of MDMA and cannabis.

The suspects have been identified as British, Brazilian and Mexican. Bali National Narcotics Agency Chief Gde Sugianyar Dwi Putra said they suspected the Brit to be the lowest-level distributor of the three, the Brazilian to be the middleman (i.e. packager) and the Mexican to be among the network’s top level. The man, who was picked up later, has reportedly been in Bali since 2012.

“We are still running the investigation,” said Sugianyar. “The entry of the cocaine will most likely come from Europe, because this cocaine entry route is specific. It is produced in South America, sent to Europe, and from Europe it is spread to other countries, including through Indonesia.”

They Risk the Ultimate Sentence

According to ABC News, the chief added that the suspects would be punished according to Indonesia’s Narcotics Law, which ranges from a five-year minimum to a death sentence. at maximum as both dealers and distributors of various types of drugs.

In fact, most of the more than 150 people on Indonesia’s death row were convicted of drug crimes, and about one-third of them are foreigners. The country’s last executions were in 2016, when one Indonesian and three foreigners were shot by a firing squad.

Healing Properties will be among the first to admit that the War on Drugs has done more harm than good. However, drug seizures like those mentioned above most definitely save lives. That’s especially true in the age of fentanyl, when nearly every purchase has the capacity to kill. We’re not just talking heroin either; heck, we’re not even limiting this to powders. These days fentanyl’s just as likely to be found in counterfeit prescription pills, be they fake opioids or fake benzos. In fact, the problem has become so devastating that we’ve covered it extensively, from Mass-Overdose Warnings and the DEA’s One Pill Can Kill Public Service Campaign, to Fake Pain Pills and Benzo Dope. Our colleagues at Recovery Boot Camp also covered the alarming – and deadly – counterfeit pill trend.

However this isn’t the place for politics (if it were, we’d definitely have some things to say about zero tolerance Indonesia). It is though about people dying. And until there are safer and more enlightened drug policies, drug seizures are pretty much our only defense against mass murder. And while we can never applaud a country that executes drug dealers, we do understand the rationale. We also have no problems applauding folks like Mexico City’s Secretary of Security Omar Garcia Harfuch and Head of Government Claudia Sheinbaum Pardo, both of whom are literally fighting to keep their country from suffering a violent, drug-induced death.

Just as we applaud the good folks in Oklahoma, from its Bureau of Narcotics to its Highway Patrol. They know firsthand what meth can do to a person, as well as a place. Heck, they see it every day. They also know that were meth to gain a full foothold, there might be no coming back. Yes, the drug is that insidious. And its effects are that catastrophic.

How about you? Are you done with drugs? Have you decided to stop being a statistic? Would you like to get back to a drama-free day-to-day? It’s possible you know. In fact, it’s probable. Quite probable. You’ve simply gotta quit with the drugs. Give us a ring and we’ll help sort you out.