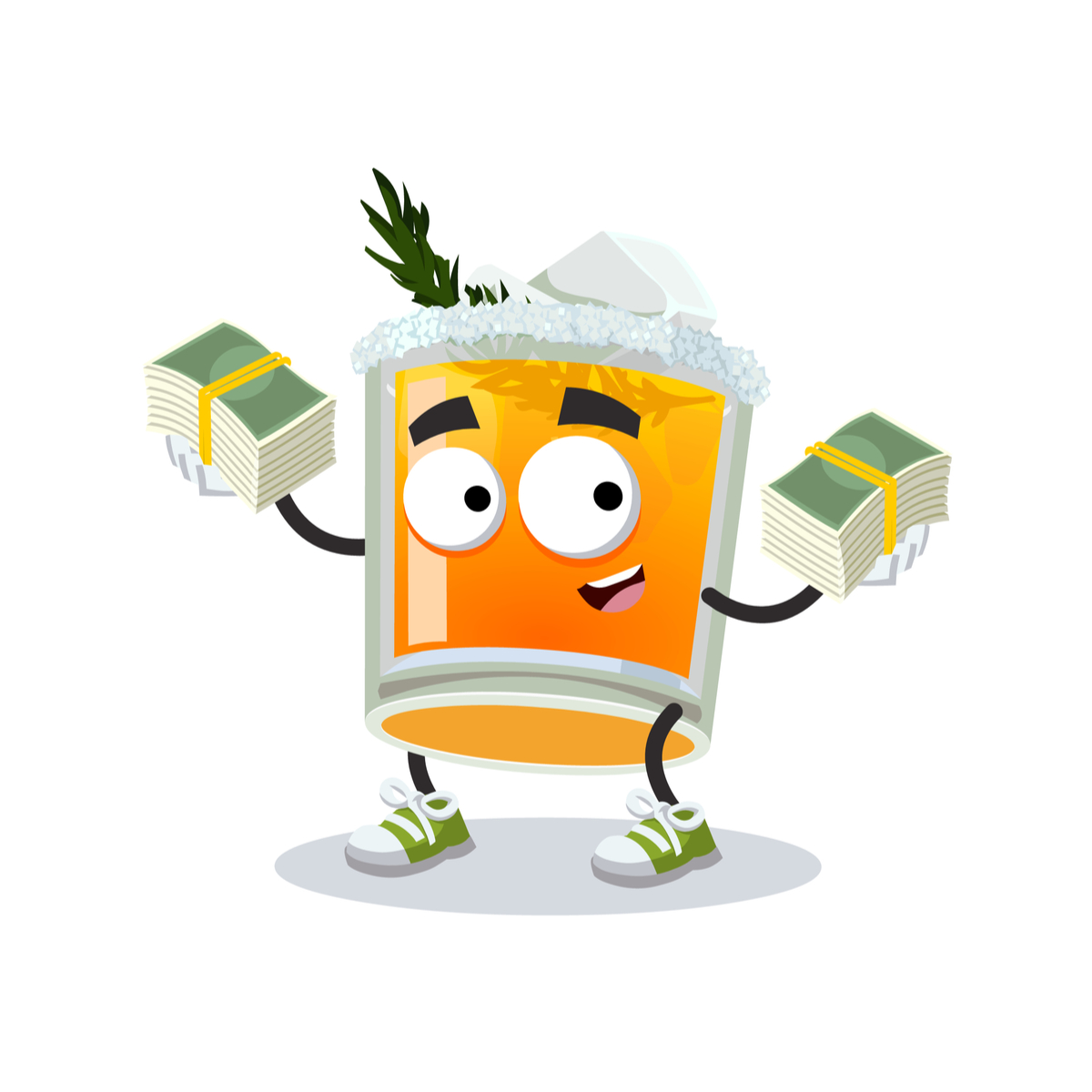 Seems America’s taste for non-alcoholic booze is becoming something of a thing. In fact, sales are up so much that they threaten to break the proverbial bank. Okay, so we’re exaggerating a bit. Sales are up though. Way up. As much as 116%. No, they still have nothing on traditional booze. But they do show the sober set is here to stay.

The Age of Non-Alcoholic Booze

We’ve spilled a lot of ink on non-alcoholic booze, from non-alcoholic beer and zero proof liquor to non-alcoholic bars and bottle shops. Heck, we wrote about Denver’s Awake twice – once to get your attention and again to introduce folks to its co-owner Billy Wynne. (Awake is now franchising btw!) We even wrote about the non-alcoholic offerings of Blake Lively and Katy Perry, in addition to getting a sober buzz.

And for good reason too. See, we already knew sobriety was cool. Way cool. When we saw folks actually investing in it, well, we knew sobriety was getting even cooler. After all, folks don’t throw loot at what they don’t think is coming up, and cool means coming-up you can bank on. Folks don’t start getting sober till they feel cool about it either. And with so many more sober folks out there – and more joining the fold every day – it was only a matter of time before non-alcoholic booze became a thing.

Still, even we didn’t expect the numbers to shoot up so high this quickly. According to Danielle Wiener-Bronner over at CNN Business, U.S. retail sales of non-alcoholic spirits grew 116% in the year ending May 14. Non-alcoholic beer and wine? Their sales jumped 21% and 20% over that same period.

Of course the numbers are small compared to traditional alcohol. In fact, they’re relatively paltry. Traditional spirit sales may have slipped about 1% to just under $21 billion, but according NielsenIQ says the non-alcoholic variety still only brought in $4.5 million. As for beer and wine, well, their respective new numbers were $316 million and $50 million. That’s versus traditional beer sales of about $46 billion (down 4%) and alcoholic wine’s nearly $20 billion (down 6%).

We’re all about the bright side though, and even a small incursion into a booming market is still an incursion. When it’s paired with traditional market declines, well, the writing is on the wall. And just like that Biblical tale where the writing first appeared, it shows the days of the drunken blowout are over.

But just because the days of drunken reverie are coming to a close doesn’t mean the party’s over. Not even close. Heck, nearly $100 billion in alcoholic sales will clearly tell you that. It does however mean that the sober set is joining in the festivities. More importantly, it means sober folk are joining on their own terms. After all, we don’t want to take away anyone’s right to drink. We just want to be able to have a drink in our hands too. And that means non-alcoholic booze.

So just who is consuming all this non-alcoholic booze? Wiener-Bronner asked Beverage Digest editor Duane Stanford that very question, and he said the demand has been largely driven by younger folks, and not all of them entirely sober either

These consumers aren’t “necessarily tee-totaling,” he said. “In fact, most of them aren’t. They’re just trying to moderate.”

Stanford believes non-alcoholic booze might appeal to Dry January types, who are simply taking a break. Or perhaps those who want to hang late but not get drunk. You know, the responsible type. Those who have to drive home and/or go to work early the next morning and are determined to accomplish both. After all, flipping the script enables one to avoid all kinds of negative health effects, from hangovers to pickled livers, not to mention DUI.

Sure these drinkers could always reach for a seltzer or a soda, adds Stanford. But that’s no fun. There’s nothing up-to-the-minute about it either. That’s why “non-alcoholic beverage makers are positioning their products as more sophisticated and flavorful.” Add the “colorful cans and festive packaging,” and non-drinkers not only blend in, they often also stand out – and in a good way too. A damn good way.

Some of these newly sober trendsetters are even willing to invest in the shift. Unfortunately, only recently has there even been brands worth backing. In fact, until recently there weren’t even very many brands. Largely because prospective creators didn’t have the technology to readily jump into the fray.

Take Ben Jordan. Wiener-Bronner did. And when CNN’s biz writer did so she discovered a man as crafty as the craft brewers who’d soon become his customers. Heck, some of those craft brewers wouldn’t even exist without his craftiness.

Or his invention. We’re talking about a machine that efficiently removes alcohol from beer. A decade or so ago, when Jordan was first looking into non-alcoholic alternatives, he found a market that barely even existed. He also found that it barely existed because no one had a ready way to get the new brews made. So Jordan founded ABV Technology, which allows brewers to do what needs to be done with a minimumouof muss and fuss. Better yet, Once brewers strip the alcohol from the fermented brew, they can use the hooch to make hard cider.

Here’s how ABV’s site sums up the practice:

ABV Technology equipment has been carefully engineered to enable brewers and cider makers to create their best tasting non-alcoholic beverages and hard seltzer from a single fermented beverage.

Sounds simple no? In theory anyway. From the sound of things, it may even be simple in practice. We don’t know exactly. Heck, we don’t even know if Jordan actually invented the system. We do know that ABV Technology is cranking out and selling their handy-dandy alcohol-ridders at a wicked quick clip, so he and his cohorts are obviously doing something quite right.

Healing Properties wholeheartedly believes in the non-alcoholic booze craze. Not just because it gives sober folks an option (though of course there is that), but because it puts sober folks on level ground. For too long we were denied the opportunity to hang without feeling a little like outcasts. These new NA options not only give us a chance to openly order and consume what we prefer, but it also eliminates the drinkers’ previous double-take. It wasn’t so much that we lacked confidence, mind you. It was that things like Near Beer helped perpetuate a stigma. And nobody needs stigma.

Besides, we were denied the fun. Yes, as enjoyable as we found sobriety to be, the afterdark was one aspect of life where sober folk seemed to be short-changed. Not anymore. Now we can sidle up to the bar and call our drinks just like everyone else. Even better, when others overhear our orders, they may get tempted to try sobriety themselves. It at least opens the door on conversation. And we’re willing to talk sobriety anywhere and anytime at all.

How about you? Are you ready to be part of the conversation? Interested in being positioned to help us spread the good word? Want to change the way you order a drink? The way you wake up the next day? The way you live your life? Well, then give us a call. Please. It could very well be the best chat you’ve ever had.