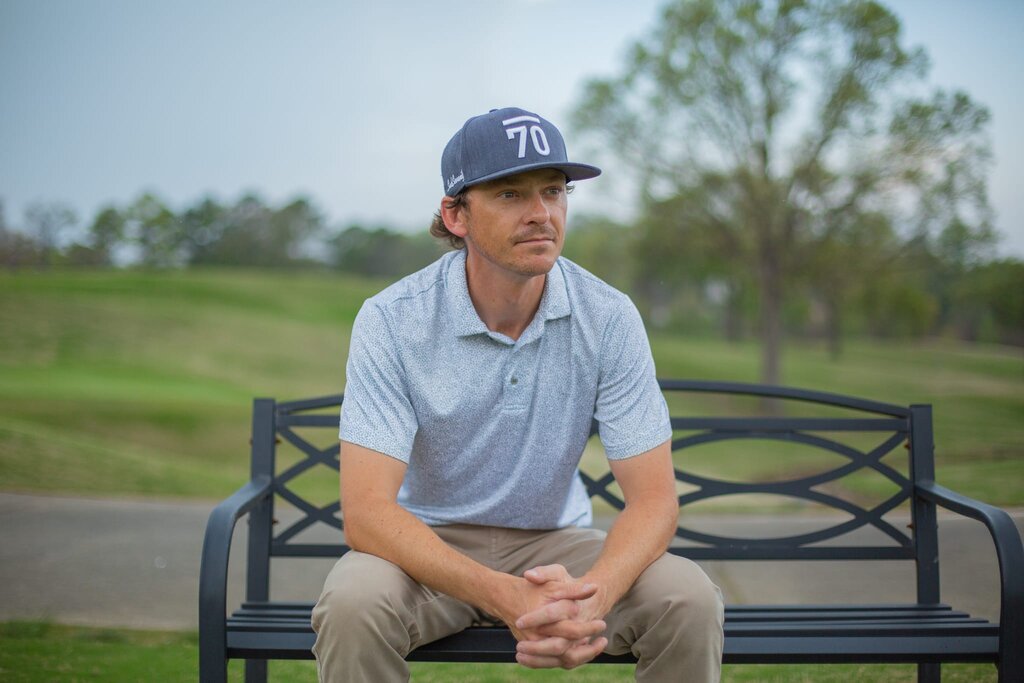 PGA Tour Card in One Pocket; Heroin in the Other

Willy Wilcox was just five-years-old when he got his first set of golf clubs. He was only nine when he played his first tournament. Then again, that wasn’t much of a surprise considering his mom was a golf pro and his first babysitter was a flagstick. People weren’t surprised to see him quickly build quite a career either. What was surprising though, was that Willy got booted from the game right after he’d received his PGA Tour Card.

No one was more surprised than Willy though. Oh, not because he was suspended, mind you. Willy kind of expected that. After all, he’d been popping enough “birdie pills” to bring down an elephant. No, Willy was surprised to be suspended for testing positive for marijuana.

“It’s just so crazy I lost the beginning of my rookie Tour season because I got caught doing things that are now legal and reasonably safe,” he said. “I still can’t believe it wasn’t the other stuff.”

The other stuff was opioids, of every imaginable make and model. And suspended he was.

The suspension left Willy reeling, Korn Berry Tour pro Mark Baldwin writes in The Fire Pit Collective (later re-published in Golf Digest). He had just achieved the dream of earning a PGA Tour card; now he was relegated to watching his fellow pros compete in the Fall Series without him.

It didn’t take long until Willy began to heavily backslide into the throes of addiction.

Before the PGA Tour Card

“Of my friend group in high school,” he tells Baldwin, “three are dead, three went to prison for five-to-10, one is a highly skilled engineer for Sherwin-Williams, and I made it to the PGA Tour. It was a mixed bag, and everyone did drugs as often as we could afford them.”

Willy’s college years weren’t much different. A “rollercoaster ride,” writes Baldwin. A yin-yang of low scores and petty crimes prefacing the inevitable bounce off the school’s golf team. Worse, this all occurred at Alabama-Birmingham, where his mom was the women’s team coach.

Willy lucked into one last chance to play collegiately. Clayton State, a Division II school with a rising Golfstat ranking. Unfortunately, the campus was also within spitting distance of his old party pals.

The partying commenced at once.

“We bought a bag of cocaine,” he tells Baldwin. “Almost immediately I knew something was very wrong. My heart was racing, and I was feeling sick. It felt like my heart was going to burst.”

Something was wrong alright. Very wrong. Willy had overdosed. When he was rushed to the emergency room, his heart was pumping at 222 beats per minute.

“It was terrifying,” Willy says. “The deep stabbing pain in my heart lasted for days.”

It turns out that bag of cocaine had been laced with Comet, writes Baldwin.

“That incident taught me I wasn’t an ‘upper’ guy,” Willy says. (Nor apparently a Comet guy either.) “My highs needed to come from ‘downers,’ or pills that had a sedative effect.”

And his drive needed to come from the range. Pure and simple. After Willy won the Alabama Amateur prior to the start of his senior year, he drove in. Hard. He became a range rat. In fact one marathon stretch ran six hours a day for 90 consecutive days. “The range became my office,” he told Baldwin, “my escape and my most healthy addiction. Entire days would disappear in the dirt, and I loved it.”

The golf gods also loved it. And before his college life was over the Alabama Amateur had become a Clayton State All-American.

Willy was back in the thick of things. A steady succession of low scores kept him cashing checks in the $3,000 to $9,000 range. It was more than enough to keep his addiction going nicely — and just enough to not need anything – or anyone — else.

“I was Jekyll and Hyde, which made it difficult to hold down any relationships, romantic or otherwise,” Willy says. “Most of my addict friends had screwed me over at some point. Some stole from me, threatened my life or left me in a life-threatening situation when I needed help. I was far from what you might think of as a good friend. Pills took priority over almost everyone and all my commitments.”

Remarkably, writes Baldwin, Willy’s golf game continued to improve, and with that improvement came ever larger checks. He gained status on the Korn Ferry Tour (then Nationwide Tour). And although he missed the final cut, he qualified for the U.S. Open at Congressional.

Thanks to heroin, Willy was able to play his ass off. And thanks to heroin, he tore his ass up doing it. By the end of the season, Willy had become unrecognizable to himself, as a golfer, as well as a person.

“People asked, ‘What the fuck is going on with you?’” he recalls. “I’d reply with some variation of, ‘Golf is hard right now.’ I can’t imagine what the response would have been if I had described how much heroin I’d been snorting.”

Willy checked himself. Hit the Caribbean and holed up on St. Croix till he could fully sweat the heroin from his system. Pot helped. Lots of pot. Willy became a pothead.

Weed was a wonder drug. It helped Willy recover from opioids and balance his hyperactive personality. When Willy returned in 2013 he was “energized, tanned and rejuvenated.” Willy told Baldwin it was “the best golf year of [his] life.”

Indeed. Among that season’s feats: Willy won the 2013 South Georgia Classic, collecting $117,000 and locking up PGA Tour status for the following season.

But Willy stayed heavy on weed. And no matter how much water Willy guzzled, he couldn’t keep from testing dirty. After his second positive, Willy was kicked off the Korn Ferry Tour for five months.

Willy knew he wouldn’t last five months alone at home with no golf. So he called Lanto Griffin. Griffin had an admirable work ethic and didn’t do drugs. He also happened to be a little down on his luck at the time. When Willy offered him a free place to stay and a willing practice partner, Lanto jumped at the opportunity.

He delivered. At the Sony Open in Hawaii in January 2014, Willy played his way into the last group and walked away with a cool $119,000. Not bad for a drug addict coming off the sidelines.

Willy knew that couldn’t last though. He also knew another failed drug test might derail his career for good. Yet he couldn’t quit using. Not if he expected to play any kind of recognizable way. Willy would white-knuckle through the tournament weeks and pray his play stayed true.

His pal Lanto on the other hand had bottomed out again. So Willy asked him to caddy The Greenbrier Classic. He also spilled the beans about his opioid addiction. Willy had to tell him. He was going through withdrawal and he was a mess.

“Golf’s hard enough when you’re 100 percent,” Lanto told Baldwin. “I could see his hands shaking, and it was because he was trying to get clean. [Yet] for four days, I didn’t see him hit a bad shot. I couldn’t fathom it.”

Willy came in fourth and walked away with $227,036. He then cut Lanto a check for more than $17,000, the very amount Willy would have paid a full-time caddie. The money turned out to be a career-changing event in Lanto’s life.

“I’m 100 percent convinced if I hadn’t caddied for him, I wouldn’t be where I am on the PGA Tour,” says Lanto, who has since earned $6.4 million between the ropes.

Willy Wilcox may have saved Lanto Griffin’s career, but at the end of the day he couldn’t save his own. Oh, there were some tremendous highs – including an ace at the 17th hole at TPC Sawgrass during the second round of the 2016 Players Championship. But by the end of the 2021 season Willy had had it. He was only 36-years-old.

“Much of Willy’s career is marked by juxtapositions,” writes Baldwin. “One minute achieving something most will only dream about, and the next doing something so desperately dangerous, so hopelessly reckless, it’s unimaginable. This is the paradox of drug addiction: When you’re high, you’re numb. And when you’re not, you agonize.”

Now Willy hopes that by sharing his frightening ordeal — and his road to recovery — he will inspire others who are battling addiction. Baldwin says Willy hopes to become an advocate for those with substance-abuse issues.

But first he has to stay clean. If he can, then maybe, just maybe, the thrill of a purely struck golf ball will be the only addiction Willy will need.

We’re wholeheartedly rooting for him!

Healing Properties is no stranger to linksmen who ran afoul of addiction. In fact, we’ve sung the praises of everyone from NBC Sports’ Emmy-nominated PGA Tour reporter David Feherty to a golfer named Tiger Woods. We’ve also helped our own fair share of circuit-seekers, both amateur and pro, navigate their way back to the green. Then again, we are in sunny South Florida, where there’s at least one course — and a half-dozen pros — in every town.

Okay, so not every player has his PGA Tour Card. That doesn’t mean he hasn’t had a similarly-sized dream. It also doesn’t mean he’s any more or less a player. After all, this world gets spun by all sorts of people besides PGA Tour golfers. There are all sorts of pros too — officially and unofficially. And anyone who can get past addiction and continue to handle themselves in a professional manner deserves the world’s highest regards.

How about you? Have you been knocked off a dream because of drugs and/or alcohol? Are you ready to get back at it? Then give us a ring. Please. We’ll help you get back in the game. We’ll help you live like a pro too, whether it’s on a course or a field or a track or an avenue. Bet on it.

Actually, don’t bother betting on it. There’s no need. Because with sobriety, it’s no gamble at all. The lock is already in.